Officials: 3-year-old shot by 6-year-old near 52nd and North in Milwaukee; woman charged 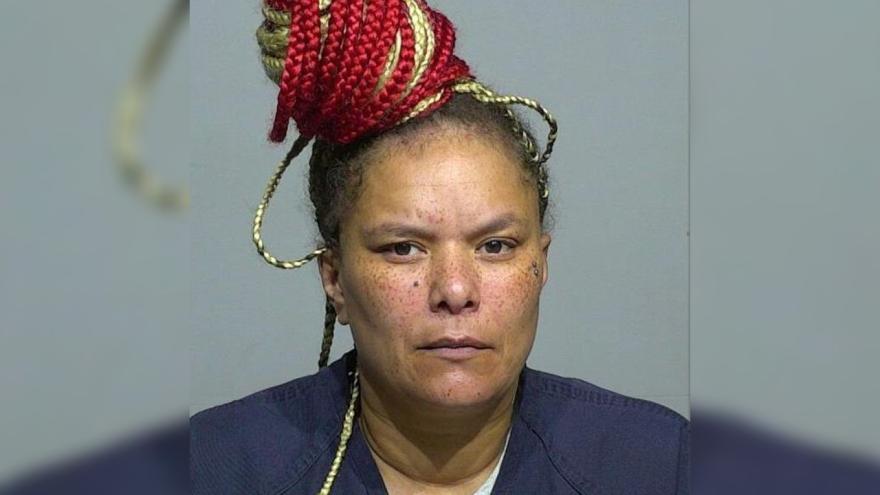 MILWAUKEE (CBS 58) -- A 42-year-old Milwaukee woman has been charged with neglecting a child after authorities say a 3-year-old boy was shot and seriously injured by a 6-year-old child near 52 and North.

According to a criminal complaint, at the time of the incident, the 3-year-old victim was being cared for by his mother's aunt -- identified as Shelly Baublit.

Just before 7:40 p.m., Baublit called the 3-year-old child's mother distraught and screaming, "I'm so scared." The criminal complaint says the child's mother was told her son had been shot.

Within a few minutes, investigators say the boy's mother arrived at the scene and found her son wrapped in a blanket on the couch. She allegedly asked Baublit if she called for help and Baublit said she had not, that she "was so scared" and "they taking me to jail."

The 3-year-old boy's mother immediately took her son to the nearest hospital, the complaint says.

According to the complaint, at the time of the shooting, the 3-year-old boy was alone inside the residence along with Baublit's children -- one of them a 6-year-old -- while Baublit left to get food.

While on the way to the hospital, the victim's mother asked what happened, and the 3-year-old allegedly told her he "couldn't tell her" and that "somebody said don't say what happened."

An officer spoke with the victim's sister, who indicated she and other kids were playing hide and seek when the shot went off. After she heard the gunshot, she saw Baublit's 6-year-old child run from the room the boy was found injured in. Another sister of the 3-year-old also told officials she saw the 6-year-old run from the room her brother was shot in.

Authorities spoke with Baublit, who said she purchased the 9mm Ruger for $300 from a "crackhead male" three months ago for protection because she had problems with her upstairs neighbor. The criminal complaint says, Baublit never called 911 when she learned the boy had been shot because she "panicked."

Baublit, according to the complaint, left her purse with the loaded firearm in a bedroom on a small table beside a bed. It was not secured with a gun lock. Both of her children allegedly knew she had a gun.

Baublit is being held on $2,000 cash bond. A preliminary hearing is set for July 25.