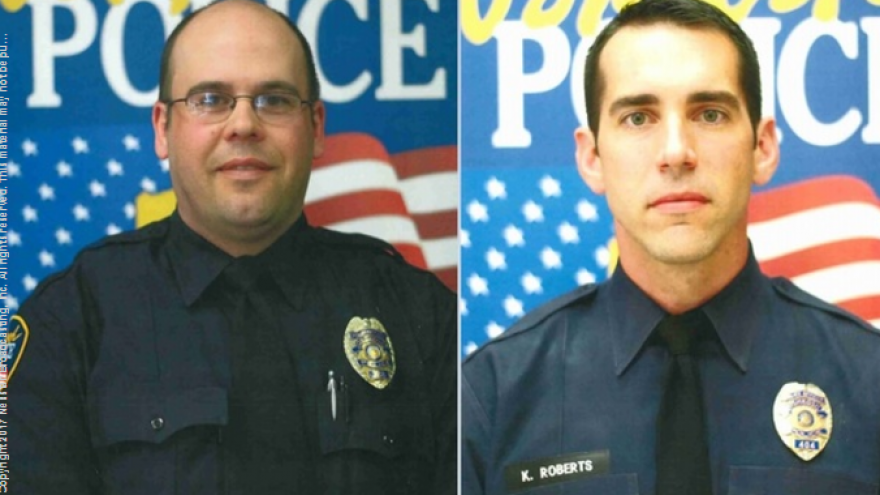 OSHKOSH (WFRV) - Oshkosh Police are releasing the identities of the two officers involved in a deadly Police shooting on Monday.

The Officers involved are Officers Aaron Achterberg and Kyle Roberts.

Officer Achterberg has been a police officer with the Oshkosh Police Department for 9 years.

Officer Roberts has been a police officer with the Oshkosh Police Department for 6 years.

28 year-old Isaiah Tucker was shot and killed by Oshkosh police around 2:30 a.m. on Monday morning.

Police said a woman called 9-1-1 and told the dispatcher that someone was trying to steal things from her home and car on Knapp Street.

Officials say Isaiah Tucker drove a car through the home's garage, and when they attempted to arrest him, he drove toward another officer in the backyard of the home.

Tucker's car was found on West 6th Avenue, and Tucker was found inside a nearby shed.

He later died from his gunshot wounds.