Officer fatally shot during traffic stop in Memphis; killer on the run 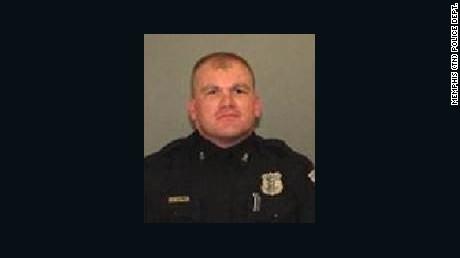 (CNN) -- A manhunt is underway for a suspect who fatally shot a police officer during a traffic stop in Tennessee, authorities said Sunday.

Memphis Police Officer Sean Bolton, 33, was shot multiple times Saturday night by a person who was in the car he pulled over, police said.

A civilian used the officer's radio to notify police about the shooting, she said.

Bolton, who joined the force in October 2010, was taken to hospital in critical condition. He later died.

This is the third time a Memphis police officer has been killed in the past four years, Memphis Police Director Toney Armstrong said.

\"It doesn't get any easier. This is a very difficult time, not only for me as director, but for all the officers you see standing behind me,\" he told reporters early Sunday morning.

The shooting follows a series of incidents across the country in which police have been accused of excessive force at traffic stops.

It's unclear what led to Bolton's shooting, but the police chief highlighted the risks police officers face on the job.

\"We say so often ... do black lives matter? And at the end of the day, we have to ask ourselves, do all lives matter -- regardless of race, creed, color, economic status, what profession that person holds? All lives matter,\" Armstrong said.

\"This is just a reminder of how dangerous this job is.\"