Off-Duty Deputy Shoots Dog after it Attacks His Wife 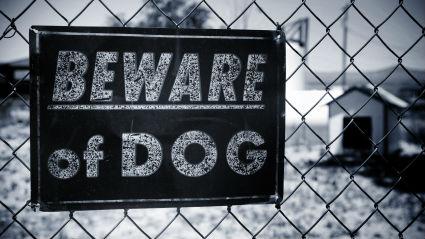 On Sunday, March 6 at 2:49 PM the Racine County Communications Center received a 911 call for a dog bite complaint. An off-duty Sheriff’s deputy reported that he was on a walking path with his wife and a small “lap dog” near the Union Grove Water Treatment Plant when a large white dog came out of a wooded area charging towards the couple.

The Deputy stated his wife picked up their dog and the unrestrained white dog attacked her and the dog she was holding.

The off-duty deputy feared for the safety of his wife and shot the attacking dog which ran away and was later found deceased.

The deputy's wife was treated for minor injuries on scene by rescue personnel.