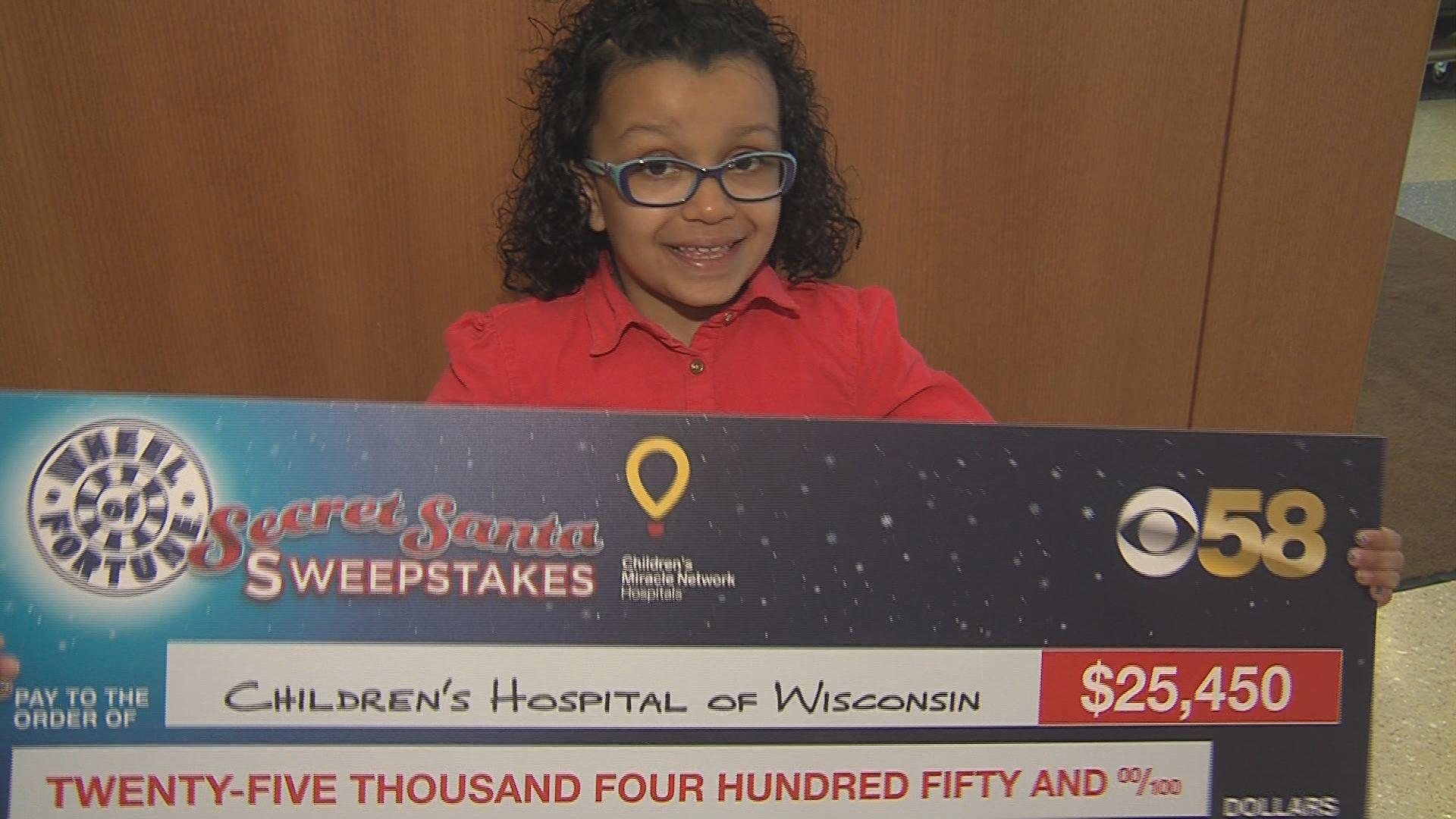 If you think the \"Wheel of Fortune\" game show is just about entertainment, think again.

One lucky Wisconsin viewer is paying it forward and helping children in major health battles get a fighting chance.

\"It's amazing that someone would give, especially anonymously, that large amount of money to a place like this,\" said Sarah Moore whose daughter Jordan is battling a vein malformation in her brain and has endured more than a half dozen surgeries.

It was last December when a home viewer and Wheel Watcher's Club Member in Oconto Falls had the chance to have his winnings from the Secret Santa Sweepstakes matched and donated to a Children's Miracle Network Hospital of his choice. He chose Children's Hospital of Wisconsin.

\"Thank you so much,\" exclaimed Lindsay Schoetlin, Children's Miracle Network Manager. \"We really appreciate your efforts. We can't thank you enough.\"

This generous winner didn't wanted any of the fanfare that came with the check presentation. So, CBS 58 had the honors and humbly announced that $25,450 is now heading the hospital's way.

We also learned that little Jordan will be the poster child for the Children's Miracle Network.

The six year old has big plans for the future.

Jordan is just one of the patients being helped by the kindness of a stranger.