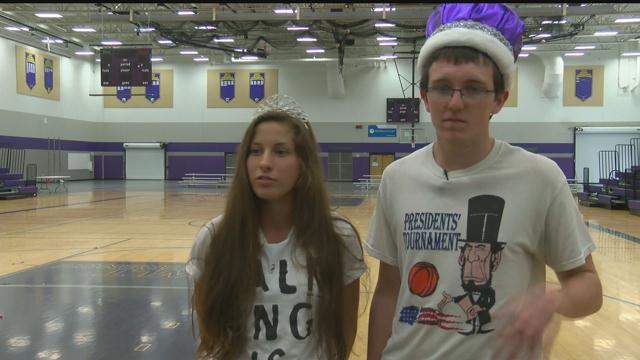 The principal of Oconomowoc High School said he saw the same types of kids being nominated each year for prom court.
With a lot of students involved in their school missing the opportunity for the crown, the student council helped enact changes.

"He really wanted to change they way who was representative of the high school. he wanted to represent the whole, our whole diverse community," said Assia Rodriguez, student council public relations.

Oconomowoc High School gym was packed for their annual prom assembly on Friday, but there were lots of changes this year. The 16 students on prom court were all nominated with new rules.

"The top 16 people who got the best votes and best reasons were our prom court," said Rodriguez.

Students had to nominate someone who was respectful, responsible and extraordinary, and each nomination included a reason why.

"We do have athletes, we do have theater kids we have different people which is great so that we can see every activity that our school offers," said Lizzie
Jorgensen, student council secretary.

Once the winners were crowned, they aren't referred to as king and queen. They're simply royalty -- a change to be respectful of gender identity.

"It's cool that other people who ... aren't known well or aren't popular or recognized get to be recognized for the things they do for our school and our community," said Claudia Velawski, senior prom royalty.

This year's royalty Claudia Welawski and Sean Ryan say they appreciate the changes, and what they will bring for future classes.

"Even though it's a little dumb contest, I guess, I think it'll give grades in the future something to work for so they keep up being respectful, responsible and
extraordinary," said Sean Ryan, senior prom royalty.