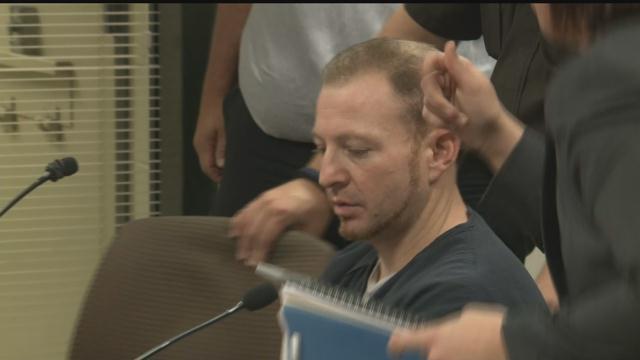 Andrew Obregon returned to Wisconsin Wednesday where bail was set at $5 million.

This was the highest bail amount ever in Kenosha County.

Attorneys said Obregon confessed to nearly all of the 32 of the charges against him.

Obregon had allegedly eluded police, stole cars, and hid in cornfields before being caught across the border in Illinois.

His 32 charges include hiding a body, homicide, burglary, and fleeing from police.

In court prosecutors said he'll face life in prison plus 439 years if convicted.

They said he was so bold he even said to an officer "Catch e if you can" while racing away.

Obregon went on the run after being suspected of shooting Tywon Anderson in the face back in September and killing him.

Anderson's body was found next to a van in a corn field in Paris Township.

During an interrogation Obregon said after he shot Tywon he "used a rifle to push down the accelerator and leaned over the top of Tywon to steer the vehicle" from the back seat.

Tywon's twin sister spoke in court about how her family lived in fear while Obregon was on the run.

Obregon had eluded police for 22 days.

He will be back in court November 20 for his preliminary hearing.