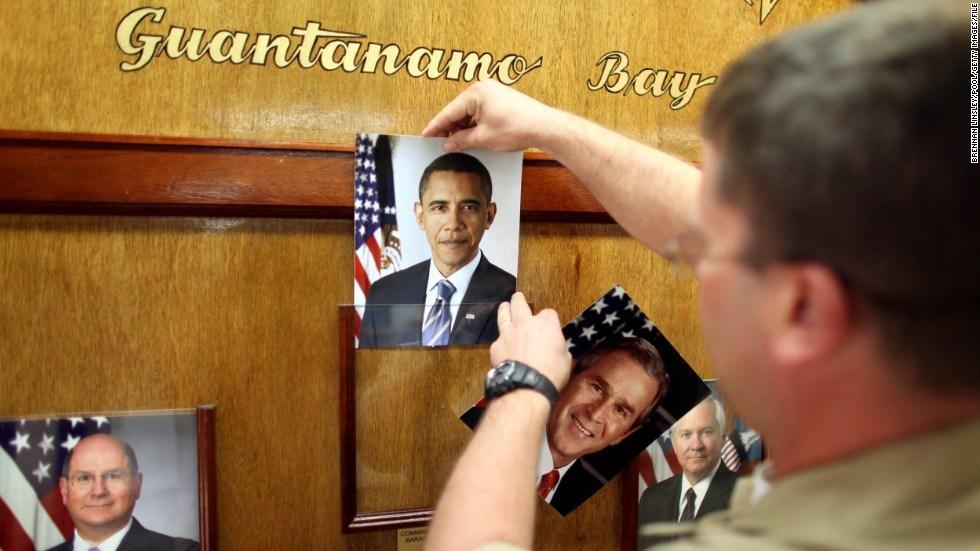 The plan, which officials said Tuesday morning would identify 13 potential sites inside the United States to which detainees could be transferred, isn't expected to gain any traction among Republican lawmakers, who control both chambers of Congress.

U.S. officials said funding restrictions prevented Pentagon planners from determining precise details for converting U.S. facilities into detention centers for accused terrorists. Since current law prevents using funds to close the prison, they weren't able to conduct as thorough a cost calculation as they otherwise might have.

Obama was set to deliver brief remarks about the plan from the White House later Tuesday morning.

The broad outlines of the administration's closure plan have been known for months, and Tuesday's announcement contained few surprises about the strategy for emptying the military facility.

The administration officials outlined a blueprint that involves transferring the bulk of remaining detainees to other countries and moving the rest -- who can't be transferred abroad because they're deemed too dangerous -- to an as-yet-undetermined detention facility in the United States.

Options for housing prisoners in the U.S. include the federal Supermax prison in Florence, Colorado; the military prison in Leavenworth, Kansas; and the Naval Consolidated Brig in Charleston, South Carolina. Pentagon officials visited those sites last year to develop "prototype" plans for converting them into detention facilities.

The additional sites included in Tuesday's plan include other federal and military prisons. The closure plan would not identify a specific facility, though congressional language mandating the plan called for a location to be specified.

The U.S. officials Tuesday said the plan would save the U.S. government between $65 million and $85 million per year compared to housing detainees at Guantanamo. Obama has consisted cited the high costs of keeping prisoners at the Cuba facility as a reason for closing the prison.

Most Republican lawmakers remain staunchly opposed to moving detainees into the United States and insisted upon language in two bills recently signed by Obama -- the defense authorization and defense appropriations bills -- that bars the transfer of Guantanamo detainees into the U.S.

Administration officials said Tuesday they were planning conversations with lawmakers in a bid to change minds, but the outcome remained hazy.

"We hope this will be the beginning of a sustained conversation," one official said, conceding "it's not entirely clear on how that conversation will play out."

While White House officials have refused to rule out unilateral action to close the Guantanamo prison, others in the administration have said firmly that current law disallows any detainee transfers onto U.S. soil.

Defense Secretary Ash Carter, whose department worked for months to compile Tuesday's plan, said on CNN last month, "It's against the law now to establish another detention facility."

"So, therefore, we have to get the support of Congress," he told "GPS" host Fareed Zakaria.

Attorney General Loretta Lynch echoed that sentiment in November, arguing the law "currently doesn't allow" detainees to be transferred to the United States, and said the option "is not, as I am aware of, going to be contemplated, given the legal prescriptions."

Lee Wolosky, the U.S. Special Envoy for Guantanamo Closure, said last month that the State Department hoped to transfer another 34 detainees already approved for release by this summer. U.S. officials told CNN the State Department has either concluded or is in the final stages of agreements with several countries to resettle all of the 34.

U.S. officials compare the painstaking negotiations to resettle detainees to a game of chess, with Secretary of State John Kerry, and his predecessor Hillary Clinton before him, intimately involved in the discussions.

"This is hard," Wolosky said in an interview with CNN. "It's a difficult ask of the U.S. to make, to say please take these individuals whom the world has branded as terrorists. And frequently we have little to offer them in return, except the continued goodwill of the United States."