O.A.R. Marking 20 Years of Making Music Together with Summerfest Performance 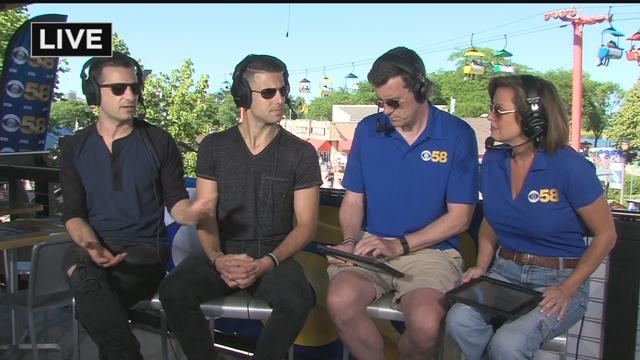 Already the band is giving its fans a chance to hear it early through pre-ordering and during a July 1st Summerfest performance.

Before the group hit the stage they stopped by to visit with the CBS 58 News at 4 which is broadcasting live from the Harley-Davidson Roadhouse VIP deck.

Marc Roberge and Jerry DiPizzo explained how the latest project  is a career-spanning collection of their favorite tunes and live recordings, plus new, never-before-heard studio material.

The group has also agreed to unprecedented access for the series "Evolution of a Song."

It tracks the behind the scenes work to creating a hit.

"If the songs weren't good, I wouldn't like it," Roberge told CBS 58 News. "But the songs are good."

Roberge did admit that it was learning curve and that some interview segments where he got emotional and asked not to be part of the project made it in the series anyhow.

Band mate DiPizzo said he was moved and proud of how open Roberge is. It will give new insight to this band and the longtime friendship that was formed when they all attended Ohio State University.

For as meaningful as the work and the songwriting is for the band, O.A.R. still wants folks to have a good time.

We've attached their interview interview with anchors Bill Walsh and Michele McCormack to this story.