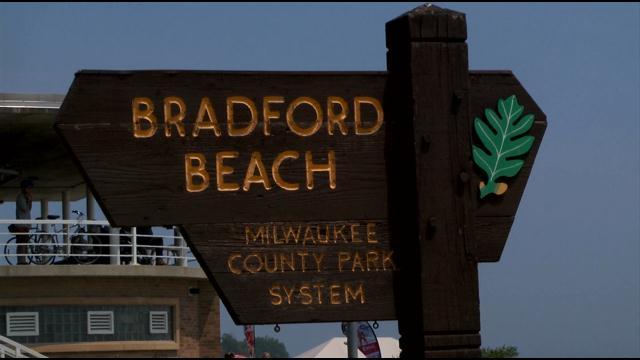 It’s showcasing 32 of the best volleyball teams in the country. This volleyball season they have new equipment at the beach for the players.

\"If you are looking for a great day to spend at the beach, I think this weekend and the NVL is a great way to do it,\" said Thomás Goldsmith, volleyball director.

The Surg Restaurant Group stepped in this year after the beach volleyball organizer ended his contract with Milwaukee County earlier this year.

\"We decided to step in because we felt that the beach culture and the volleyball cultural was something to precious to lose and let it die. We really wanted to maintain the beach as a destination in the Midwest,\" Goldsmith said.

\"I got to play here many years,” Hannemann said. “I played for 18 years and it has so many great fans.”

“As you know it's a short summer so everybody comes out and you get to show all the people what Milwaukee is all about,\" he said.

Hannemann said it was important to play at a spot with a long history  of volleyball.

\"We were going to be at another venue and we decided anytime we can get back on the beach we want to be here and we are thrilled,\" Hannemann said.