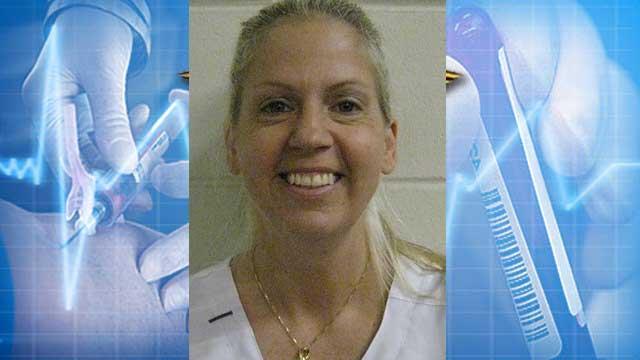 The Reedsburg Police Department announced the filing of a criminal complaint for Felony Identity Theft for Financial Gain and four counts of Obstructing an Officer against Jennifer L Browne (40) of Wisconsin Dells, for falsely representing herself as a registered nurse.

The complaint alleges that Browne used a Milwaukee woman’s registered nurse credentials to secure a nursing job in Reedsburg.

According to police, the subsequent investigation revealed Browne had held a similar position in Wausau, WI under the same false credentials.

An investigation is ongoing in the Wausau area against Browne for similar fraudulent activity. Law enforcement and hospital officials in Reedsburg and Wausau are coordinating efforts and sharing information with one another.

“Thankfully our thorough verification process discovered the situation and we took immediate action. Unfortunately, the former employee engaged in a complicated web of deceit to misrepresent her identity and credentials, and manipulated the system to delay the truth catching up with her,” says Van Meeteren. Hospital officials have immediately implemented additional precautions and procedures to identify such criminal activity earlier, and are working with State Health officials and legislators to better protect the access to licenses and verification process for all Wisconsin hospitals.

“At Reedsburg Area Medical Center we have a stringent application, interviewing and hiring process. In addition, we have a lengthy and thorough, supervised training program which assures each team members’ skill and performance is of the highest standards RAMC requires,” said VanMeeteren. “At no time was patient care ever compromised, but we must always be vigilant and one step ahead of those who want to break the law. Our first concern is, and will continue to be, the safety and quality care of our patients. Unfortunately, someone violated our trust and we will use this situation as the catalyst to take even more stringent precautions, in coordination with the verification process with the State of Wisconsin, to protect our patients from those who attempt to falsify their medical professional credentials.”

A complaint and summons is expected to be filed in Sauk County Circuit Court later this week, compelling Browne to appear before a judge.