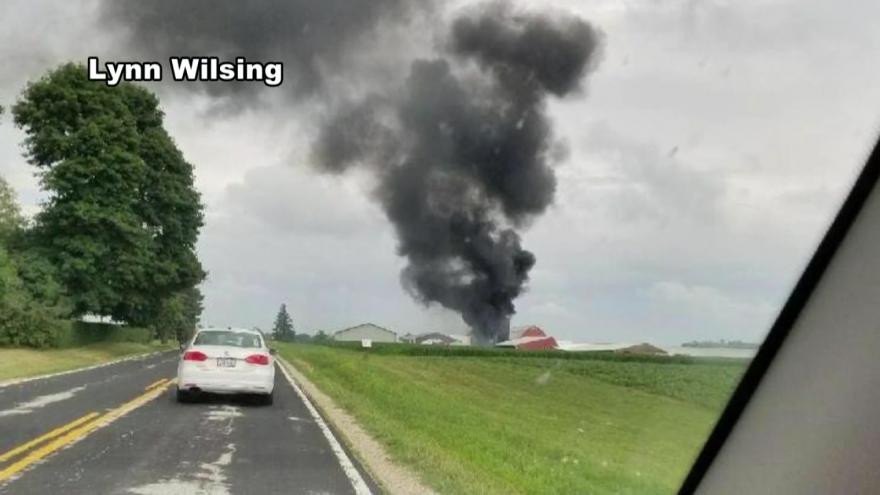 SHEBOYGAN, Wis. (CBS 58) -- The NTSB has released a preliminary report on the plane crash that killed a pilot in Sheboygan Falls on Friday, July 20.

The report says the plane was part of a formation training flight and had trouble just seconds after take off. Witnesses say it appeared to be sluggish and have trouble climbing. After it reached about 200 feet, the plane began to fall to the ground where it crashed into a farm hurting two people on the ground.

The pilot, Marty Tibbitts of Michigan, was killed. The wreckage is still being examined.