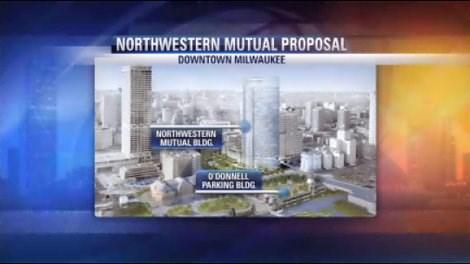 County leaders decided O'Donnell Park should be sold to Northwestern Mutual. The vote was 4-2 in favor of selling it. Now the move goes in front of the Milwaukee County Board next month.

There was time for public comments Monday morning. It was relatively split as some spoke in favor of the sale while others opposed it. Opponents argue a potential sale sets a bad precedent. Some others argue the county shouldn't sell Priceless public assets.

Northwestern Mutual representatives defended its position. The company maintains that it has the best interests of the city, county, and the company in mind with this deal.

The agreement also ensures that NML needs city and county approval if it ever tries to develop the area without including park or public space.

Sandy Botcher is the leader on this project for NML. She said the company has other options but thinks improving O'Donnell helps everyone involved.

\"We don't look at O'Donnell as simply something that solves our parking needs,\" Northwestern Mutual's Sandy Botcher said. \"But rather trying to meet the needs of the larger community. We own properties adjacent to our current campus that we can develop if we wanted to do that. While I do feel good today that this will move forward, if not, we've got other alternatives.\"

The full county board meets November 6.