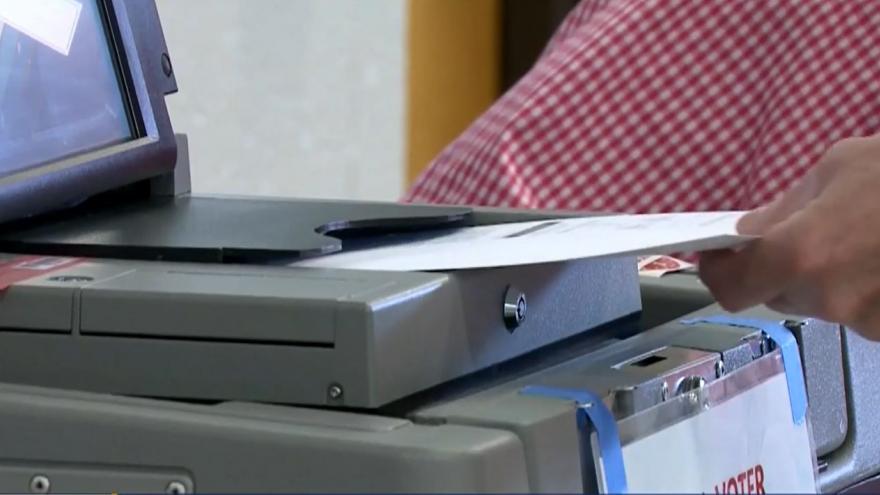 Tom Tiffany's win Tuesday over Democrat Tricia Zunker comes in the second election held in Wisconsin amid the coronavirus the past five weeks.

The district has been vacant since Duffy's retirement.

Trump carried the rural district by 20 points in 2016 and backed Tiffany in the race.

Zunker was trying to become the first Native American elected to Congress from Wisconsin.

WISCONSIN (CBS 58) -- Voters in northern Wisconsin are going to the polls in a special election for Congress.

It will determine who replaces Republican Sean Duffy, who resigned months ago.

Tom Tiffany is the GOP candidate. He's been a state lawmaker since 2011 and he's endorsed by President Trump.

Democrat Tricia Zunker leads the Wausau school board and she's trying to become the first Native American elected to Congress from Wisconsin.

Just like on April 7, voter safety is a concern, but Wausau's city clerk says the National Guard is enforcing social distancing and there will be sanitizing stations at the polling places.

"One of the good things that came out of April is that, you know, we put a lot of thought into how to keep people safe and healthy and our poll workers saw that," said City Clerk Leslie Kremer. "So a lot of them called us and said, you know, I think you did a great job and I'm willing to come and work for May."

The city clerk says she expects close to the same voter turnout as in the April general election -- about 48 percent.