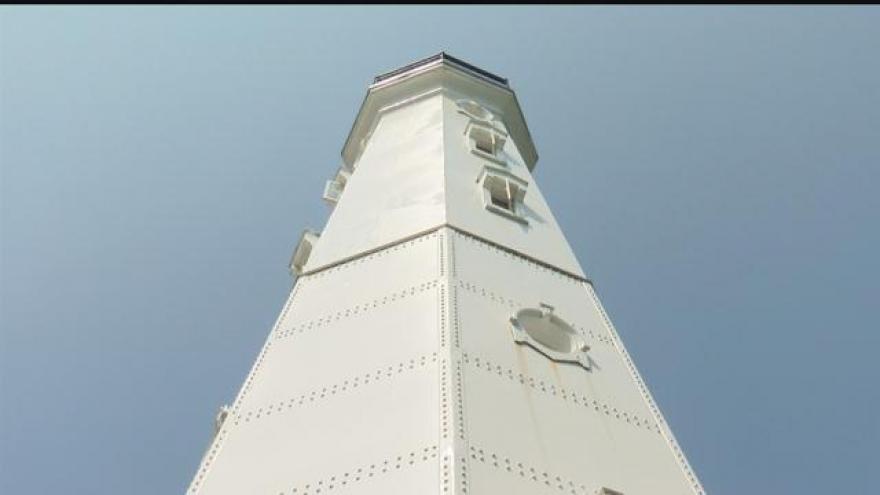 The North Point Lighthouse is announcing that it is temporarily closed for restoration work, which began January 15, and anticipates reopening in March. The work involves removing and replacing damaged floors on the museum’s gallery level and refinishing the floors on the second level.

Paul Davis Restoration is performing the restoration, which involves replacement of maple flooring that started to cup, or warp, throughout the gallery this past summer. Areas of the flooring near the main entryways into the museum also began showing signs of heaving or buckling. An inspection of the floors by Paul Davis engineers pointed to excess moisture in the subfloor beneath the maple flooring.

Paul Davis Restoration has started containment of the work site and began demolition during the first week of the renovation. An inspection was made of the gallery subfloor to determine the extent of the repairs.

New flooring was installed in the main gallery as part of the original 2007 restoration. The floor on the second level is a combination of original flooring from 1888 and new planking from 2007. Through the efforts of lighthouse directors and staff, all museum artifacts and exhibits except for the Fresnel lens were securely packed, removed and safely stored before demolition was to begin.

The floor restoration is one of several 2016 initiatives that the North Point Lighthouse Friends has undertaken to enhance, improve and beautify the keeper’s quarters, tower and grounds. In August, the exterior of the museum and tower was repainted. In September, a new permeable paver driveway and parking area was installed to filter and redirect storm water from the driveway and museum roof into two rain gardens on the grounds. Native plants will be established in the rain gardens to filter storm water and a post-winter inspection of the pavers will be completed in the spring.  New lighting for the exterior of the tower was installed.

The Lighthouse Friends, in cooperation with Milwaukee County, are also in the process of installing a green infrastructure storm water management system at the bottom of the South Lighthouse Ravine. The treatment system includes restoring the downstream end of the South Ravine using regenerative storm water conveyance (RSC), an innovative, green infrastructure approach to storm water management that is new to Wisconsin. RSC consists of a series of pools, riffles and cascades typical to stream and ravine restoration. An underlying layer of stones and soil within each pool will allow for additional storm water filtration and treatment.

Monitors that have been installed in the RSC will transmit in real time RSC performance results to a new exhibit being developed by the lighthouse, and displayed in the museum, that will educate visitors about storm water management of the ravine and permeable paver driveway.

“The decision to implement RSC in the bottom of the South Ravine, which had eroded and needed help, gives us the ability to control storm water on the lighthouse grounds,” Scripp noted. “It has also provided us a unique opportunity to connect the dots by teaching our visitors a profound environmental lesson about the impact of storm water runoff and how to effectively manage it.”