North Korea and the Sony hack: The war of words escalates 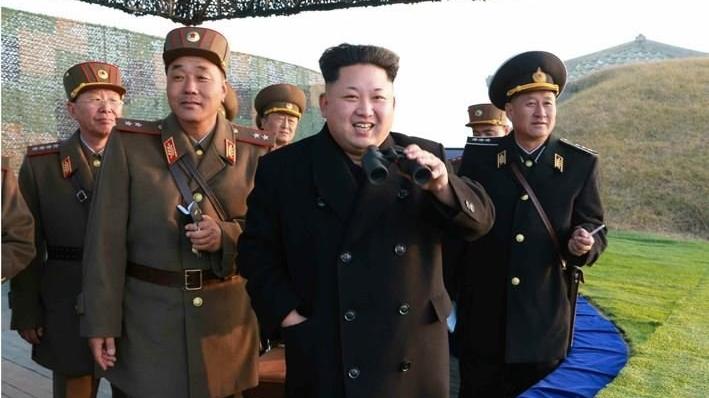 The blame game over \"The Interview\" is intensifying.

At the heart of the widening controversy are North Korea's role in the devastating cyberattack on Sony Pictures and the studio's decision to pull the film amid threats against moviegoers.

The crisis has rippled out into international relations, business plans, Hollywood gossip and party politics.

The different sides kept up their sparring over the weekend, with President Barack Obama accusing North Korea of \"cybervandalism\" and Pyongyang claiming that the U.S. government was behind the making of the movie.

Here's the lowdown on who's saying what:

The Stalinist state's rage over the Seth Rogen film about a plot to assassinate its leader, Kim Jong Un, continues to boil.

After the FBI's assertions that North Korea was responsible for a hack into Sony's computer systems, Kim's regime is still steadfastly denying involvement. On Saturday, it said the U.S. accusations were \"an attempt to frame us for this crime\" and suggested the two countries work together to investigate the hacking.

But by Sunday, it was making less conciliatory noises, offering the bizarre claim that it had \"clear evidence that the U.S. administration was deeply involved in the making of such dishonest reactionary movie.\"

North Korea also stepped up its threatening rhetoric, warning the United States that it is targeting its \"citadels.\"

\"Our toughest counteraction will be boldly taken against the White House, the Pentagon and the whole U.S. mainland, the cesspool of terrorism,\" the statement carried by North Korean state media said.

The U.S. President told CNN on Sunday that the hack was \"an act of cybervandalism that was very costly, very expensive\" but that he doesn't consider it an act of war.

Obama said in the interview that the United States is going review whether to put North Korea back on a list of states that sponsor terrorism.

The President had previously said at a news conference Friday that the United States will \"respond proportionally\" to the attack on Sony without giving specifics.

Obama has also chided Sony for its actions, saying he that thinks the studio made \"a mistake\" in pulling the movie and that he wished the company had called him first.

He expressed concerns to CNN's Candy Crowley on Sunday about the broader implications of pulling \"The Interview.\"

\"If we set a precedent in which a dictator in another country can disrupt through cyber, a company's distribution chain or its products, and as a consequence we start censoring ourselves, that's a problem,\" Obama said.

Sony Entertainment Chief Executive Michael Lynton has defended the company's actions, denying that the studio had \"caved\" by scrapping the planned release of \"The Interview\" in theaters.

He told CNN that Obama and the public \"are mistaken as to what actually happened.\"

In an interview with Fareed Zakaria that aired Sunday, he blamed movie theater companies that opted not to show the film, saying they forced Sony's hand.

He also opened the door to a future release of the controversial comedy, saying the company is considering some sort of release on the Internet.

\"We have always have had every desire to have the American public see this movie,\" Lynton said.

On Saturday, the Guardians of Peace, the group of hackers who claim responsibility for the cyberattack on Sony, mocked the FBI in a new statement.

\"The result of investigation by FBI is so excellent that you might have seen what we were doing with your own eye,\" said the statement posted on the file-sharing website pastebin. \"We congratulate you (sic) success. FBI is the BEST in the world. You will find the gift for FBI at the following address. Enjoy!\"

The link provided in the message leads to a YouTube video titled \"You Are An Idiot.\"

The FBI investigation linked the malware, infrastructure and techniques used by the Guardians of Peace in the Sony hack to previous North Korean cyberattacks.

In its comments Sunday, North Korea said that \"fighters for justice\" including the Guardians of Peace \"are sharpening bayonets not only in the U.S. mainland but in all other parts of the world.\"

North Korea's closest ally has so far been staying out of the fray.

But a senior Obama administration official told CNN on Saturday that United States has asked China for help battling North Korean hacking of American information systems, such as the Sony case.

North Korea's Internet traffic goes through China. Obama has said there's no indication that North Korea \"was acting in conjunction with another country.\"

Wang stressed that China opposes all forms of cyberattacks and cyberterrorism, the statement said, omitting any mention of North Korea.

He rejected Obama's characterization of the North Korean hack as \"an act of cybervandelism,\" instead calling it \"a new form of warfare\" on CNN's State of the Union.