Noelani Robinson's grandmother one month after she was found dead in Minnesota: 'My heart just dropped' 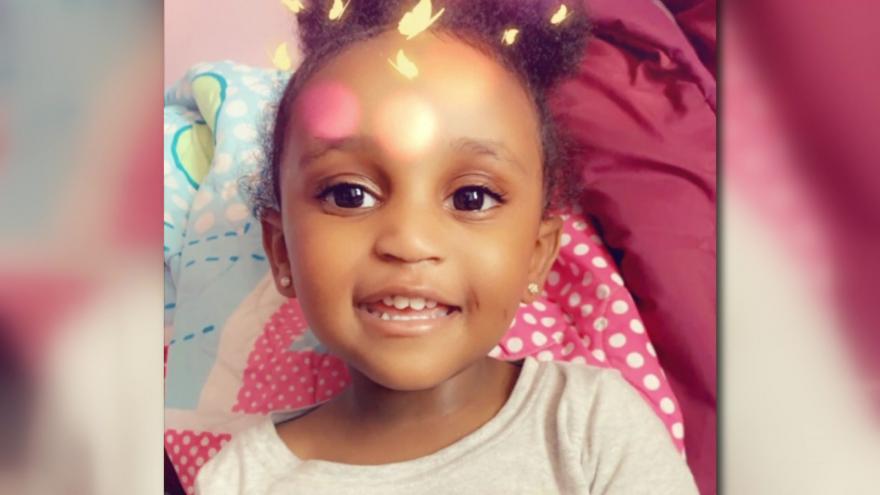 MILWAUKEE (CBS 58) -- It's been one month since Milwaukee's police chief held a press conference to announce a child, believed to be two-year-old Noelani Robinson, had been found dead in Minnesota.

Noelani's father, Dariaz Higgins, has been charged with the murder of her mom, Sierra Robinson, but so far no charges have been filed for Noelani's death.

Over FaceTime, from Oklahoma City, Latosha Bryant, Noelani's grandmother and Sierra's mother, described what the last month has been like for her.

"Oh, it’s, I have ups and downs, a lot. I try to keep my mind busy. I went back to work cause I knew if I sat around, I would really go into, I didn’t want to go into a deep depression so I knew I would go there, but it’s been hard, it’s been hard," she said.

On March 11, she had been texting with Sierra Robinson.

She would never get to her.

According to a criminal complaint, on March 11, at 1:06 p.m., Milwaukee Police officers were dispatched to a shooting near 91st and Mill. When they got there, they found two women shot. One of them was Sierra Robinson. She was pronounced dead at the scene.

A detective confirmed the news to Bryant.

Later that night, an AMBER Alert was issued for Robinson's daughter, Noelani. Police were also searching for the suspect, Dariaz Higgins.

Higgins was arrested on March 13.

Two days later, Bryant received a call from a detective saying he needed to come see her.

"When he told me, I can’t explain it, it was just, my heart just dropped," said Bryant.

Noelani had been found dead on the side of a rural road near Blooming Prairie, Minnesota.

"The sad part was that I had to identify my grandbaby, so that was even harder," said Bryant, "My mind just stepped out my body like, 'What did he just ask me?' And when I saw my baby, when I saw that picture, I didn’t have no words. All I could say was 'What is wrong with my baby. Why is she looking like this?'"

She also has a question for Higgins.

"My question to him is 'Why?' What did my daughter and my grandbaby do to you so harsh that you can take a life?" she said.

Bryant said she hasn't heard much about the investigation into Noelani's death.

"I just know that due to two different states, that that’s the reason why they haven't really talked about Noelani."

She said in the meantime, she is praying that Higgins will change his plea to guilty to the charges currently against him in Sierra Robinson's death.

"I just try to keep my mind at peace and humble and pray that things don’t go to trial, pray that this man will just plead guilty," she said.

Bryant says she also plans to keep her daughter and granddaughter's name alive by creating a non-profit to focus on helping women, in honor of two people she loved, and who she said brought joy to everyone they knew.

"I miss her voice, and just hearing them every single day."

In a statement Tuesday, the Minnesota Bureau of Criminal Apprehension, the agency leading the investigation into Noelani's death, said:

The BCA’s investigation is ongoing as our agents construct a timeline of events in this case to determine what happened and when. Part of  the investigation is to review complete autopsy results from the medical examiner once they are available. Because this is an active and ongoing investigation, we are prohibited for providing additional details at this time.

In the meantime, Mr. Higgins remains jailed on charges related to the murder of Noelani’s mother.