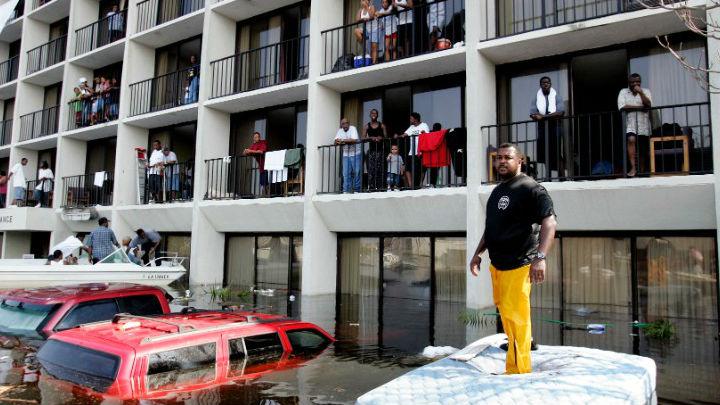 The United States hasn't been hit by a major hurricane in the past nine years, and it seems like that luck might continue.

There is a 90% chance of a below-normal hurricane season and a lower chance of expected storm activity, according to the National Oceanic and Atmospheric Administration Climate Prediction Center, which has updated its 2015 Atlantic Hurricane Season Outlook.

This means that of the 6 to 10 named storms for this season, about one to four storms are likely to become hurricanes in 2015.

But powerful storms can still form during a below-normal season, according to Dr. Gerry Bell, hurricane climate specialist and research meteorologist with NOAA. In 1992, which was a below-normal season, Hurricane Andrew, a Category 5 storm, made landfall in South Florida and south-central Louisiana, killing 23 people in the United States and causing $26 billion in damages.

It's still important for coastal residents to be prepared, especially since the peak months of hurricane season have started, Bell said.

The main reason behind this year's below-normal hurricane season is El Nino. The naturally occurring climate cycle has strengthened causing several factors that prevent hurricanes from forming, such as increased wind shears, strong winds that travel in a vertical direction and enhanced sinking motion across the tropical Atlantic and Caribbean Sea.

Also, the Atlantic Ocean has had much cooler temperatures, which decreases the chances of major storm activity.

Since 1995, the United States has been in a high hurricane activity area, which typically lasts around 25 years. But for almost a decade, the country has seen a nine-year hurricane \"drought.\"

This has been the longest stretch of time to pass without a major hurricane hitting the U.S. since reliable record keeping began in 1850, a 2015 NASA study said.

\"It's not clear if we are getting out of this high activity area, or if this is a blip,\" Bell said.

El Nino happens as a result from the interaction between the surface of the ocean and the atmosphere in the tropical Pacific, according to NOAA's website. As a result, changes in the ocean affect atmosphere and climate patterns.

Although the United States may be in for a quieter hurricane season this year, the opposite is true for the other side of the globe, which has seen above-normal conditions.

Some of the strongest storms to have ever been observed have formed in the Pacific in the past few years. Super Typhoon Haiyan hit the central Philippines in 2013, killing more than 6,000 people.

It's not clear if the Atlantic's below-normal season is related to climate change though.

\"Hurricanes respond in complicated ways to their environment,\" said Timothy Hall, a research scientist who studies hurricanes at NASA's Goddard Institute for Space Studies, in a NASA publication in May. \"It's one of the areas of climate change research where reasonable people can still disagree.\"

There has been an increase in extreme flooding, droughts and heat waves across the world, but when It comes to tornado and hurricane activity, these events are harder to quantify in terms of climate change, according to CNN's weather team.