No classes, no Homecoming game for Pewaukee Schools 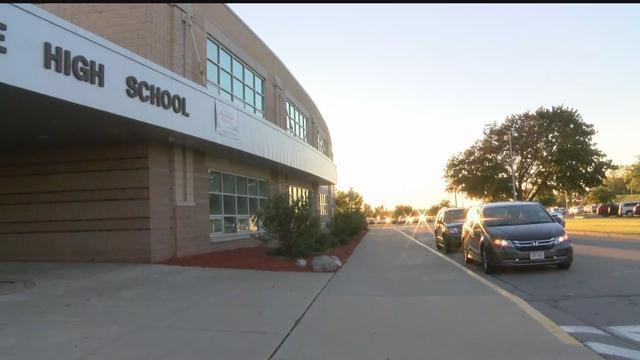 A local school district will shut down Friday on what was supposed to be homecoming. No game, no parade, no class, aND it all stems from a message found inside Pewaukee high school.

School officials say they take every threat seriously so when they found a note saying the high school would be "shot up" they decided to shut everything down, starting at 8:00PM on Thursday.

Thursday's freshman game was a go. But the Pewaukee Pirate's varsity homecoming football game Friday night is canceled, along with all classes in the district and school activities. It's after officials found a handwritten note in Pewaukee High School saying "There will be a school shooting on Friday October 2nd."

Parent Connie Clinton says after what happened in Oregon on Thursday; she's okay with it.

But many students and parents are upset their homecoming has to be rescheduled.

"I think there's a disgruntled student probably with homecoming and things not working out this weekend and he wrote a nasty note that was found by the right person apparently," said parent Walter Fuhr.

Pewaukee School district superintendent Dr. JoAnn Sternke released a statement, saying in part "All threats to our school or students are taken seriously and investigated thoroughly."

Pewaukee police conducted a sweep of the building Thursday night and will continue doing them all day Friday.
Officials say they still plan to have the school open for the homecoming dance on Saturday.

And while parents are happy for the added safety, some think the show should still go on for homecoming.

"I think they should increase security and not play to these kids little letters and their emotions like this," said Fuhr.

School officials still plan to hold the homecoming dance, and they say students who haven't already done so can get tickets at the door. Officials are also still looking for the person responsible for the note. They are asking anyone with information to call Crimestoppers at 1-888-441-5505.