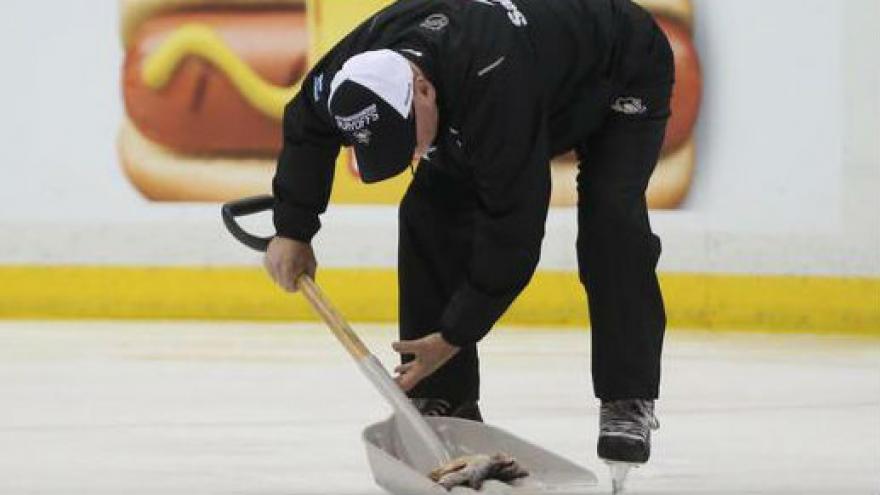 (KDKA) PITTSBURGH – Charges against a man who threw a catfish on the ice during Game 1 of the Stanley Cup Final will be withdrawn.

During the second period, 36-year-old Jacob Waddell launched a dead catfish onto the ice following a stoppage in play.

Waddell was escorted from the building immediately. Tuesday, he was charged with disrupting the hockey game, disorderly conduct, and using the dead catfish to commit the other two crimes.

“Having reviewed the affidavit involving Mr. Waddell as well as the television coverage of the incident, District Attorney Zappala has made the determination that the actions of Mr. Waddell do not rise to the level of criminal charges. As such, the three charges filed against Mr. Waddell will be withdrawn in a timely manner,” Manko said in a statement.

Previously, Waddell admitted to being the catfish hurler and explained how he did it.

“I drove it up there. Drove with my wife, my family up there, had it in a cooler, sprayed it down with cologne. I had two pairs of underwear on. I had regular underwear on, and I had compression shorts on, and I slid it between the two, and walked right in,” said Waddell.