Ninth Planet May Have Been Discovered, Researchers Say 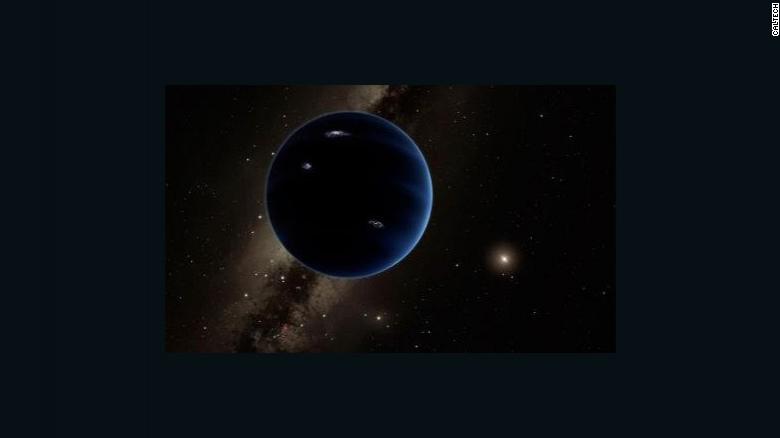 (CNN)You might have a replacement, Pluto. There could be another planet in our solar system.

Researchers at the California Institute of Technology have found evidence in the outer solar system of an object that could be a real ninth planet.

Nicknamed Planet Nine, it "has a mass about 10 times that of Earth and orbits about 20 times farther from the sun" than Neptune. That means "it would take this new planet between 10,000 and 20,000 years to make just one full orbit around the sun," according to Caltech.

Planet Nine would explain the curious swings of the most distant Kuiper Belt objects, scientists say.

Researchers Konstantin Batygin and Mike Brown haven't actually seen the planet, but other research helped lead them to conclude that there is one. Basically, they found that certain objects in the Kuiper Belt -- the field of icy objects and debris beyond Neptune -- had orbits that peculiarly pointed in the same direction.

Over time, mathematical modeling and computer simulation led them to the conclusion that a planet was exerting the gravity necessary to shape these orbits.

Brown says "there have only been two true planets discovered since ancient times, and this would be a third. It's a pretty substantial chunk of our solar system that's still out there to be found, which is pretty exciting."

Already, Caltech is pretty confident Planet Nine is large enough to rule out any debate about whether it's a true planet -- unlike Pluto, which got the boot in 2006.

Brown, who played a role in Pluto's demotion to a dwarf planet, says "all those people who are mad that Pluto is no longer a planet can be thrilled to know that there is a real planet out there still to be found. Now we can go and find this planet and make the solar system have nine planets once again."

Depending on where Planet Nine is in its "bizarre, highly elongated orbit," many telescopes have a shot at finding it. Brown would love to find a planet he helped discover, "but I'd also be perfectly happy if someone else found it. That is why we're publishing this paper. We hope that other people are going to get inspired and start searching."