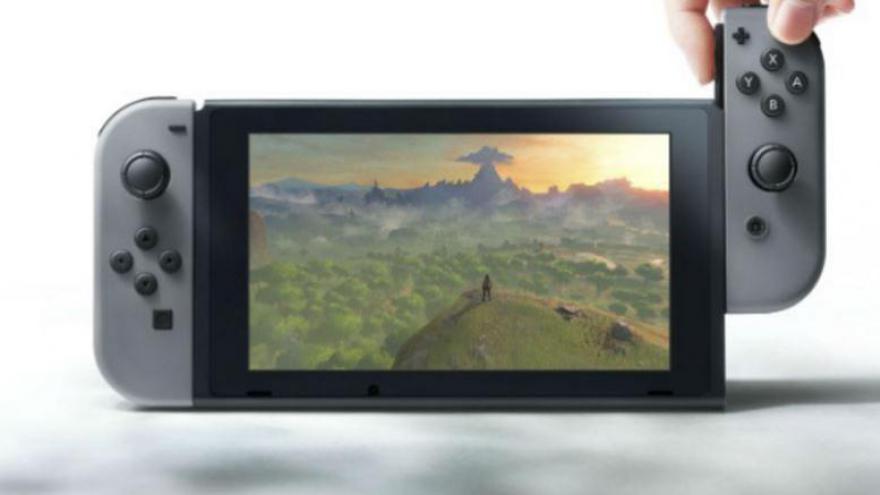 (CNNMoney) Nintendo's latest gaming console is only weeks away and will provide a new platform for some of the company's most popular titles.

The Japanese games giant announced Friday that the new device, the Switch, will go on sale worldwide on March 3 for $299.99.

At a big event in Japan that was streamed online, it revealed a range of details and software for the Switch, a handheld system that can easily transform into a console for the home.

And of course, Mario made an appearance. Nintendo (NTDOF)'s iconic character was shown in a New York-esque city as well as a desert, a jungle and other themed environments.

But fans will have to wait until the end of the year for the release of the game, titled "Super Mario Odyssey."

There's no delay for another of Nintendo's biggest franchises, though. "The Legend of Zelda: Breath of the Wild" will come out at the time of the Switch's launch in March, the company said.

Another launch game is "1-2 Switch," which the company described as a "face-to-face party game" in which players don't have to look at the console's screen but at an opponent in front of them. They hear audio cues and feel physical responses through the the controller to know what's happening.

Nintendo also showed off the Switch's "Joy-Con" detachable controllers, which have motion-sensing features.

The launch of the Switch is one of the biggest moments for the company in recent years.

Once dominant, Nintendo's fortunes have fluctuated wildly over the past decade, from the vast success of the Wii console to the quiet failure of its successor, the Wii U.

Investors' initial response to Friday's announcements was negative. Nintendo stock sank more then 5% in Tokyo after the event.

The company's shares have been on a wild ride in the past year. They've see-sawed as fluctuating hopes about how much the company might gain from new releases like augmented reality hit Pokemon Go, mobile game Super Mario Run and the Switch.

But they're still up more than 55% from this time last year.