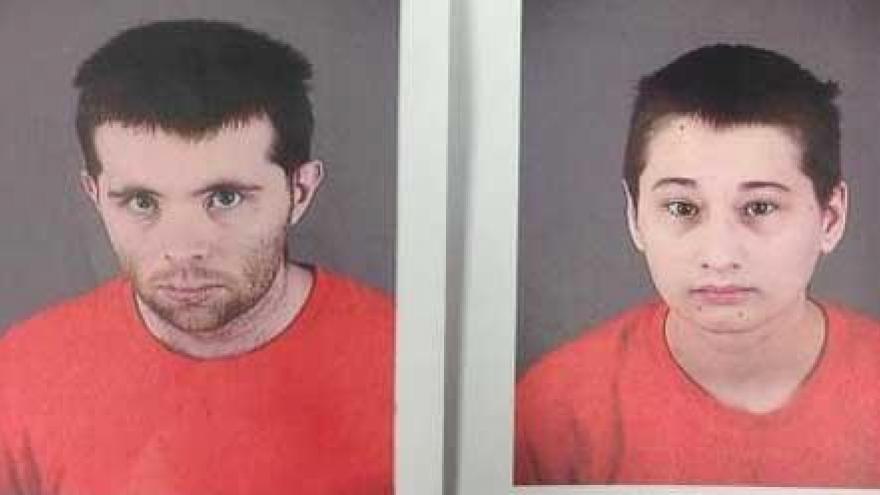 Gypsy is from Springfield, Miss. and Nicholas Godejohn is from Big Bend, Wis.

On June 14, a post was made to Gypsy's Facebook page stating her mother was dead and she had been sexually assaulted.

During search of the residence, police found Gypsy's mother Clauddinnea face down on her bed with multiple stab wounds to her back.

She had a gaping cut to the back of her neck. Police could not find Gypsy.

Facebook postings were sent from a location registered to Godejohn in Big Bend, Wis.

On June 16, Godejohn was contacted by Waukesha County Sheriff's Office. He admitted to seeing Gypsy in Springfield. He asked her if she was sure she wanted him to kill Clauddinnea and Gypsy said yes. He admitted to stabbing Clauddinnea several times and holding her down. He stated it was at night when he went in to kill her and believes she was asleep.

Godejohn said he thought about raping Clauddinnea but he did not do it.

The knife was given to him by Gypsy. He told police he would not have killed unless Gypsy asked him to.

He mailed the knife to his home address so he would not get caught with it.

He cut his hand with the knife while stabbing her mother.

They took several thousand dollars from the safe.

Gypsy said she knew her boyfriend was going to stab her mother and she did nothing to stop it.

She admitted posting on her Facebook account. She cleaned up the blood and called a Yellow Cab to come and pick her and Nicholas up.

The Greene County Sheriff Jim Arnott said on Monday to the press they were concerned for Gypsy because she had several mental and physical health issues and uses a wheelchair.

He was charged with carrying a concealed weapon and disorderly conduct.

Officers spoke to the man, identified as Godejohn, who told police he was seated in a booth and was viewing photographic movies on his laptop. He said he had his had down his pants because he needed to scratch himself.

Godejohn was searched and police found in his possession a large folding knife in his pants pocket.