NHL Draft Coming To Chicago In 2017 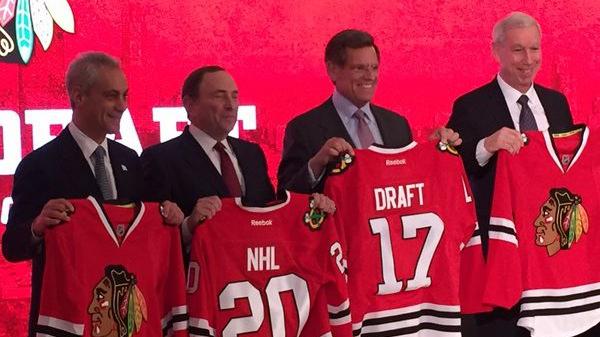 “The 2017 draft, our centennial draft, is awarded to Chicago, the Blackhawks and the United Center,” Bettman said to the assembled media.

Chicago already has hosted the NFL Draft last year, and will do so again in the spring, but has never hosted an NHL Draft before. The city will also play host to the NCAA’s Frozen Four in April of 2017.

“With this outstanding arena as the setting, I know we’re all looking forward to being here for a memorable weekend in the Windy City,” Bettman said.

The NHL Draft has rotated cities since the 1980s, and is typically held in late June, a couple weeks after the Stanley Cup Final.