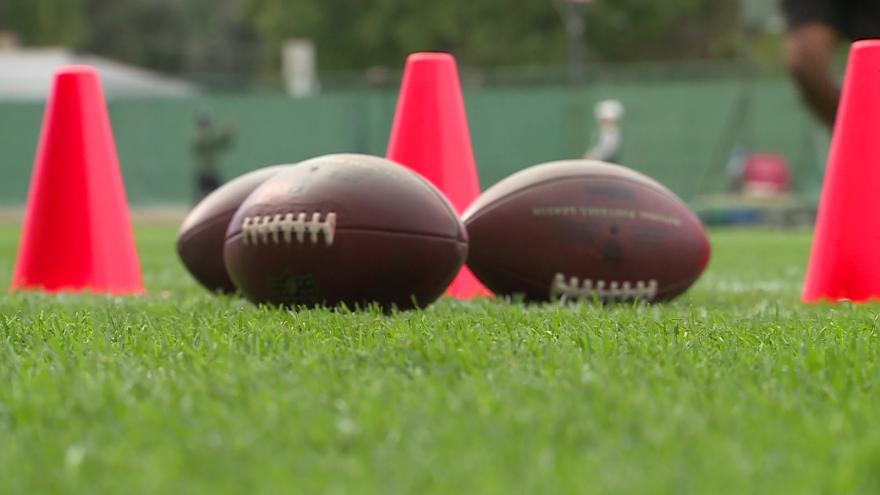 MILWAUKEE (CBS 58) --- The National Football League is pushing for more diversity on its coaching staffs. During their annual league meeting, NFL owners were informed of a new requirement to get more women and people of color in offensive assistant coaching positions.

"Over 70 percent of the players are minorities, but when you look at the leadership -- for example coaches, less than 50 percent...we have five coaches who are minority," said Raj Kudchadkar, executive director for the National Coalition of Minority Football Coaches. The nonprofit brands itself as being dedicated to preparing, promoting, and producing minority coaches at all levels of football.

The organization was started less than two years ago by Maryland coach, Mike Locksley. "We're a full spectrum organization, from rec all the way to the pros. We just want the best coaches selected but what we want to do is we want to expand the applicant pool," said Kudchadkar.

The NCMFC works closely with the NFL. The league says in the past, senior level coaching hires have been less diverse. Those numbers have improved over the last few seasons and the league is hoping to build on its existing Rooney Rule with this new initiative. "The Rooney Rule basically said that every team had to interview a minority person for...coaching positions. They did not have to hire them," said Snoopy Shuster.

Shuster and wife Mary Ellen Six are co-owners of the Midwest Mountain Lions, an adult women's semi-pro football team. The team has players from Milwaukee and Chicago. Shuster and Six started the team right before the pandemic when it was recognized there was a lack of female football teams in the area. After not being able to play due to the pandemic, the team is now preparing for several games in the coming months.

"Women's football has been around a while in both Wisconsin and Illinois, so we started the Midwest Mountain Lions in 2019 when the last remaining team in either state ceased operations," said Six. Both Shuster and Six praise the NFL's decision to focus on inclusion in football.

"Whether it's sexual identity or a person of color, or some other form of minority, if you can see someone who looks like you and talks like you, you believe you can do that position. It's a great way to inspire and teach and create opportunity for the next generation," said Shuster.

Both say it's especially important for girls to know that they have a place in football too. "You look at kids growing up. There are way more boys playing football than there are girls, so it is still very much male dominated," said Six.

In the 2021 NFL season, there were only 12 women in coaching positions. The league hopes this new rule will continue to provide opportunity for inclusion.