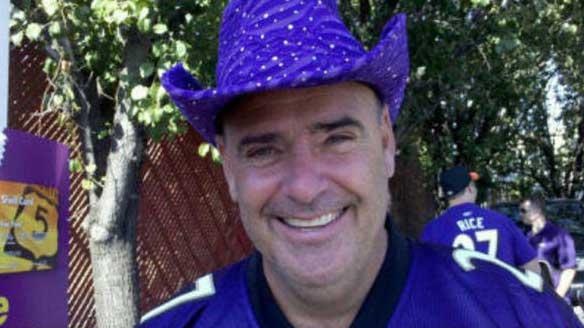 Joseph Bauer, 56, is on life support in very critical condition after police say two men from New York attacked him after the Baltimore Ravens played the Oakland Raiders on Sunday.

“Two individuals had become involved in a verbal altercation with our victim. That verbal altercation became physical. And at some point, the victim was pushed on the ground where he struck his head,” said Lt. Jarron Jackson, with the Baltimore Police Department.

Police have identified those two men as 30-year-old Scott Smith, of Mount Vernon, New York, and 31-year-old Andrew Nappi, of Eastchester, New York. The suspects, who were arrested on aggravated assault charges, were in town to see the Raiders play, police said.

Bauer is a Ravens season ticket holder and former U.S. Marine who was attending the game with his wife and two friends, according to his sister, who told CBS Baltimore that the men were upset over someone else cutting a line.

The family member believes the men followed Bauer out of the stadium and hit him in the back of the head, causing him to fall down and hit his head on the concrete.

The Ravens organization said in a statement Monday afternoon that it had reached out to Bauer’s family.

“We are deeply concerned about this assault and are learning as much as we can about it. Safety for our fans is a top priority. Confrontational and inflammatory behavior is never tolerated and is unacceptable at Ravens home games,” the team said.

Police have not said if alcohol played a factor in the argument. Both suspects have posted bail and are due back in court on Oct. 27.