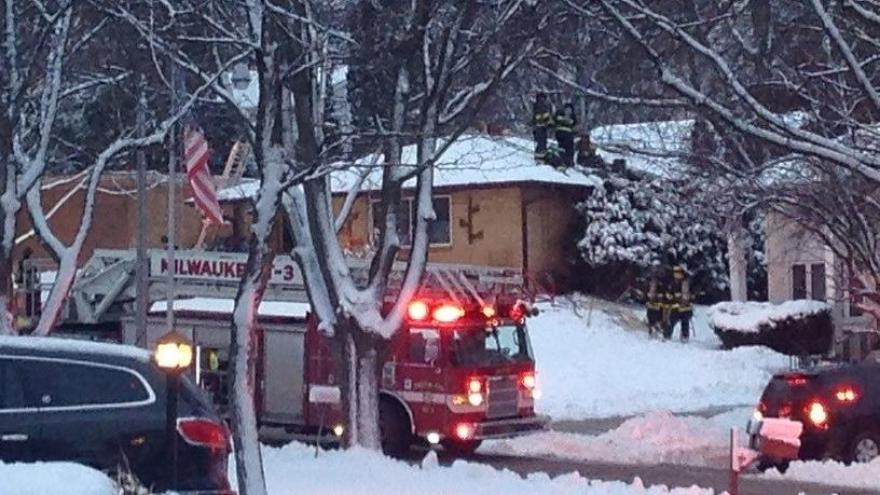 Wauwatosa fire fighters were on the scene of a fire in a single family home near Knoll Blvd and N 105th Street in Wauwatosa this morning.  The fire was reported around 6:45 a.m.  Wauwatosa Assistant Fire Chief James Case says the fire was spotted by a newspaper carrier who noticed smoking coming from the single family structure.  The carrier was able to wake the family of six and they were able to get out of the house safely.   Case said the fire was located in the attic and at one point, fire fighters could be seen cutting a hole through the roof.   While the cause has not been determined, Case said that it is suspected to be related to a chimney fire.   At the time of the fire, the smoke alarms in the home were working.   Chief Case says the fire fighters efforts were assisted by a neighbor who had cleared snow from around a fire hydrant.  The Wauwatosa Fire Department and crews from several other fire departments were on the scene for about 90 minutes. Damage is estimated at $80,000 and the residents of the home are being  assisted by family and friends.  .