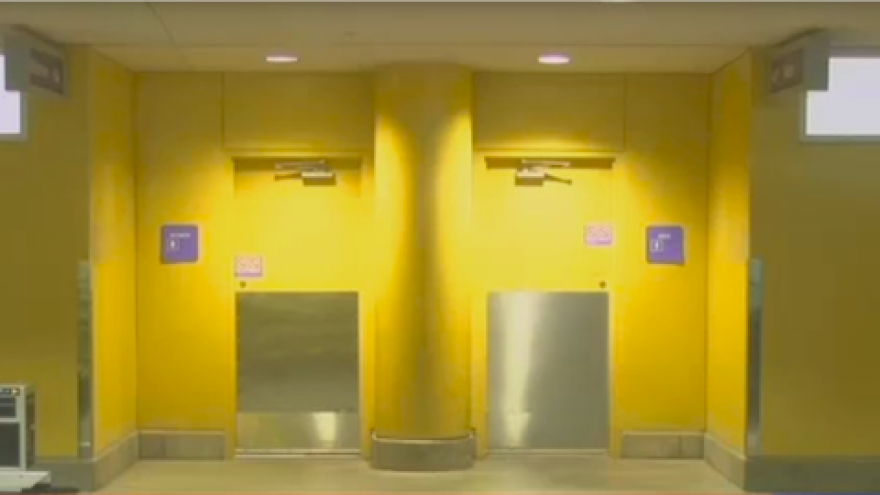 TUCSON, Ariz. — Officials at Tucson International Airport say a newborn infant has been found abandoned in a restroom.

Airport spokeswoman Jessie Butler says the baby boy was found by an airport employee Sunday night lying on a bathroom changing table. The baby had been cleaned after being born and wrapped up.

Butler said Monday that the baby was checked by airport police and firefighters and appeared to be healthy. He was taken to a local hospital and remains there.

The baby was found in a restroom near the rental car counters and outside airport security.

Tucson Airport Authority police are reviewing security camera footage as they try to determine who left the baby. Butler says they are also trying to determine if the baby was born in the bathroom.