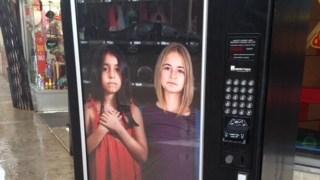 In an effort to fight the growing crisis of the sexual trafficking of youth and children in Wisconsin, the creation of a state-level, cross-system human trafficking task force was announced Tuesday. Co-chaired by the Secretary of the Department of Children and Families (DCF) and Wisconsin’s Attorney General, the Human Trafficking Task Force will be composed of senior leaders from public and private organizations committed to serving the victims of this horrific crime.

“Human trafficking is a form of modern day slavery and has powerful links to drug and violent crime,” said Attorney General Brad Schimel. “The creation of this task force is an important step in developing a comprehensive response to combat this problem and to achieve our goals of freeing the victims, getting them the help they need, and ensuring their oppressors aren’t able to victimize others.”

Human trafficking is the world’s fastest growing criminal activity, estimated by the United Nations to be a $32 billion-a-year global enterprise. It is difficult to accurately estimate the extent of the problem in Wisconsin, but the state has been identified as a hub of human trafficking by victims’ advocates.

“This Task Force will help Wisconsin create a comprehensive and coordinated response to human trafficking,” said DCF Secretary Eloise Anderson. “We believe it will be an effective tool in helping us gain a better understanding of the problem and create a system of services best equipped to help the victims cope with the trauma they have suffered, heal and avoid being re-victimized.”

Potential appointees are in the process of being contacted, with the goal of having a fully staffed and operational Task Force prior to the end of 2015.