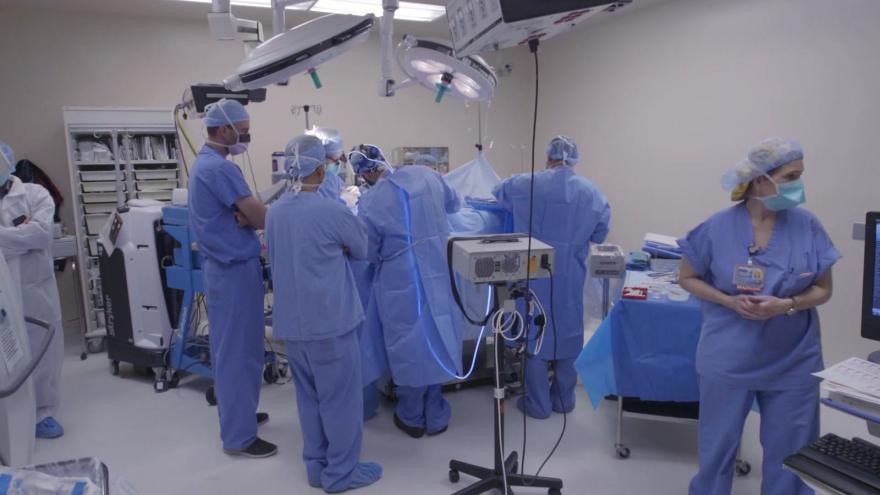 (CBS 58) -- Cases of paralysis in children from a rare illness have been reported in several states, but now there's a new procedure giving families hope of a cure.

Acute flaccid myelitis or AFM can be caused by a virus. AFM affects the nervous system and weakens muscles and reflexes. Children's Hospital in Los Angeles is pioneering a nerve transfer surgery.

Surgeons take nerves from one part of the body and put them in other areas where the patient became paralyzed.

"You have to get in there by 8 to 12 months ideally to fix the nerve, otherwise the nerve loses its connection to the muscle and at that point you run the risk of not being able to reverse the paralysis," said Dr. Mitchel Seruya with Children's Hospital Los Angeles.

So far the surgery has helped more than a dozen young patients.

Doctors say they see the most improvement in the hand and elbow but it's more difficult regaining movement in the shoulder because so many muscles are involved.