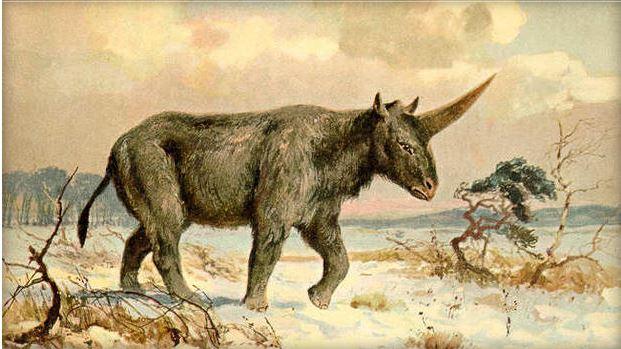 Unicorns were real and once roamed the Earth -- well, at least ancient rhinoceroses that bear a passing resemblance and have been nicknamed after the mythical beast.

New research from paleontologists from Kazakhstan and Russia published in the American Journal of Applied Sciences shows that the now-extinct species Elasmotherium sibiricum -- the "Siberian unicorn" -- possibly lived recently enough to have coexisted with early humans.

The species was previously believed to have disappeared about 350,000 years ago, but the research team found well-preserved skull fossils in western Siberia of the animal that are only 29,000 years old, CNET reports.

The specimen weighed about 4 tons and stood some 6 feet tall and 15 feet long. The remains indicate that its prominent unicorn-like horn was much longer than the modern rhino's.

It is unknown if humans ever crossed paths with the creatures, but there's a chance they might have come close in the evolutionary timeline.

While this discovery won't satisfy questions about more fanciful unicorns, it may offer new insights into the extended family tree of today's rhinos. Currently, three of the five living rhinoceros species are listed as critically endangered.