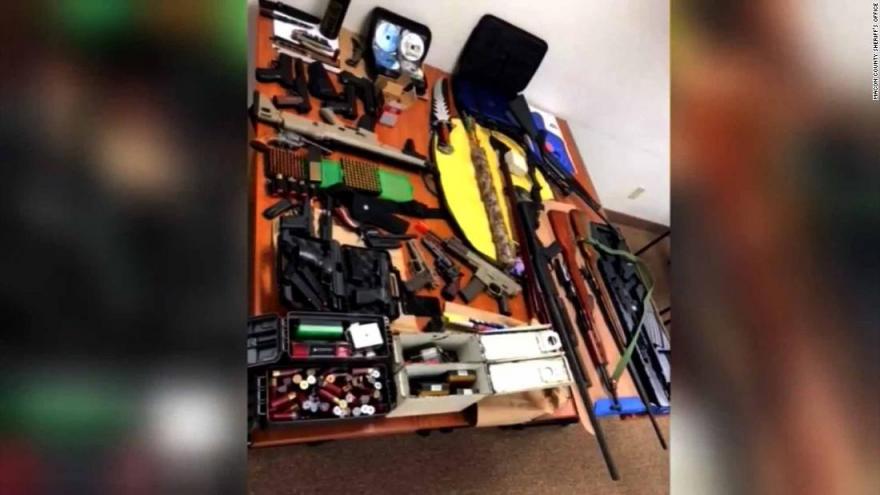 (CNN) -- The photo looks like a display table at a gun show: various handguns, shotguns and rifles strewn across a table with boxes of ammunition.

But this small arsenal of weaponry was found in the bedroom of a North Carolina teen who made out a hit list that included the name of his high school principal.

The Macon County Sheriff's Office said the unidentified 16-year-old boy is a student at Franklin High School. He and his girlfriend created the list, which included the names of 11 students, Franklin High principal Barry Wood and others, the sheriff's office said.

Officials didn't disclose how the boy acquired the weapons.

The teens were involved in a revenge plot and sought to harm other students, the school principal and members of law enforcement, Macon County Sheriff Robert Holland told CNN affiliate WLOS

The weapons, which according to a search warrant were seized from the home as part of the investigation, included:

Students on the hit list were notified along with their parents, Macon County Schools said in a statement. "The situation is under control."

Holland told WLOS that he expects to file criminal charges against the two teens.