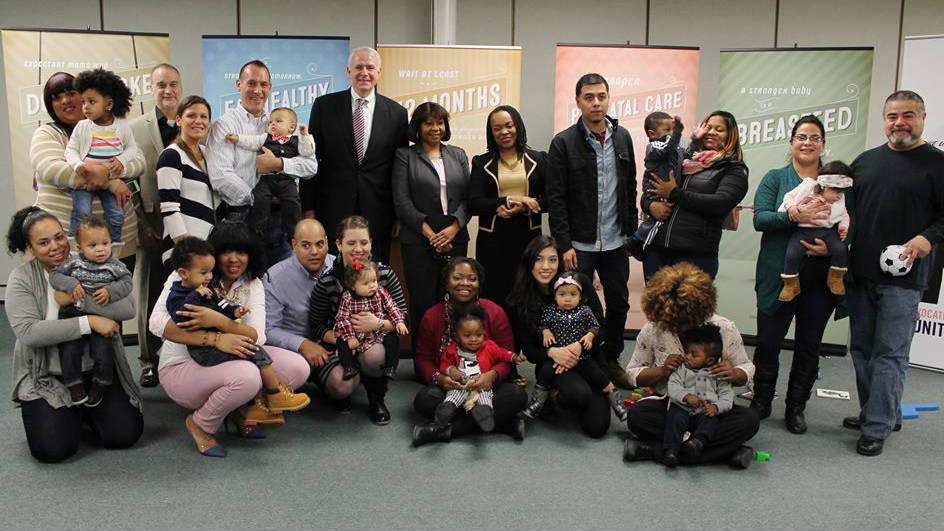 The next 10 babies to be used in Milwaukee's Strong Baby campaign made their debut at the United Way of Greater Milwaukee. Milwaukee Mayor Tom Barrett appeared for the unveiling of the new faces aimed at lowering Milwaukee's infant mortality rates.

Over 300 babies were brought to the casting call for this round of the Strong baby campaign. “There are no better ambassadors for positive messages around improving the health of infants in our community than Milwaukee's own strong babies,” said Mayor Tom Barrett.

The Strong Baby campaign was designed to lower Milwaukee's infant mortality rate. \"The first goal of this effort was to build a strong and engaged social community, to turn parents and grandparents that live in our city into vocal advocates for stronger babies,” explains Serve Volunteer Creative Director Gary Mueller. “With a more than 1,100 percent increase in the Strong Baby Facebook community and an astonishing 67,000 interactions with the page's posts, the effort is already a success.”

The campaign is helping Mayor Barrett to reach his goal of reducing infant mortality rates by 10% by 2017. The city says the three leading causes of infant deaths in Milwaukee are prematurity, birth defects, and co-sleeping.