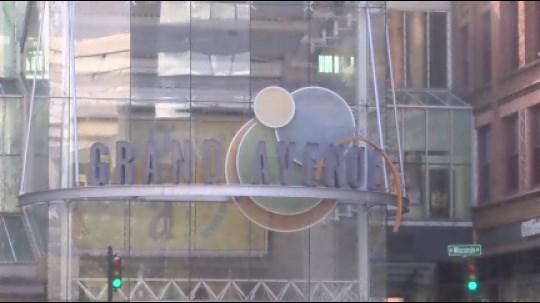 Plans for the Shops of Grand Avenue and a new arena for the Bucks could reshape the city.

“I think it's coming to life,” said Steve Chernoff is to downtown Milwaukee. He is the President of Wisconsin Avenue Milwaukee Development Corporation. The group wanted to buy the Shops of Grand Avenue.

\"We've known for some time that the Grand Avenue Mall is the big elephant in the room,” said Chernoff.

The mall was bought for more than 16 million dollars last week by a man in New York.

Chernoff doesn't know much about him, but does know what he does.

“He's got a retail background, so that would tell me that he is going to try and repopulate it with retail. Look, our attitude is I hope he has a great plan and that he is very successful in what he wants to do,” said Chernoff.

About half a mile down the road is another group that wants success for the city. Milwaukee Bucks co-owner Marc Lasry is working on getting a new arena for the team. “As soon as I know, well...I know, so I can't say that. As soon as I can tell you, I will,” said Lasry.

Several reports indicate they are negotiating to purchase the Journal Sentinel building. However, those in charge are remaining tight-lipped.