MILWAUKEE (CBS 58) -- A new law in China has forced communities across America to rethink how they’re recycling. Some communities are being forced to stop accepting certain recyclables, stop recycling altogether, or even put their recycling in landfills.

The City of Milwaukee and Waukesha County jointly use a recycling facility in Milwaukee where 300 tons of recycling comes every day.

When recycling gets picked up at your house it is brought to a Material Recovery Facility where it gets sorted multiple times. All of that recycling is first dumped onto what's called the tipping floor and then scooped into a conveyor system for processing. The first stop on the conveyor belt are workers that take anything that's not recyclable like plastic bags, scrap metal and potentially harmful items like propane tanks and throw them in the trash.

Glass drops off at the beginning of the process and is crushed. Recycling is then divided between paper products and other materials by spinning disks, according to Analiese Smith the Solid Waste Supervisor for Waukesha County.

"Then we have optical sorters that can look at the plastics and can sort by resin. And then we have people on the back end sorting for quality," said Smith.

CBS 58 wanted to find out where the recycling goes after it has been sorted at the local facility. Some are concerned if what goes in our recycling bins is actually getting recycled into a new product. 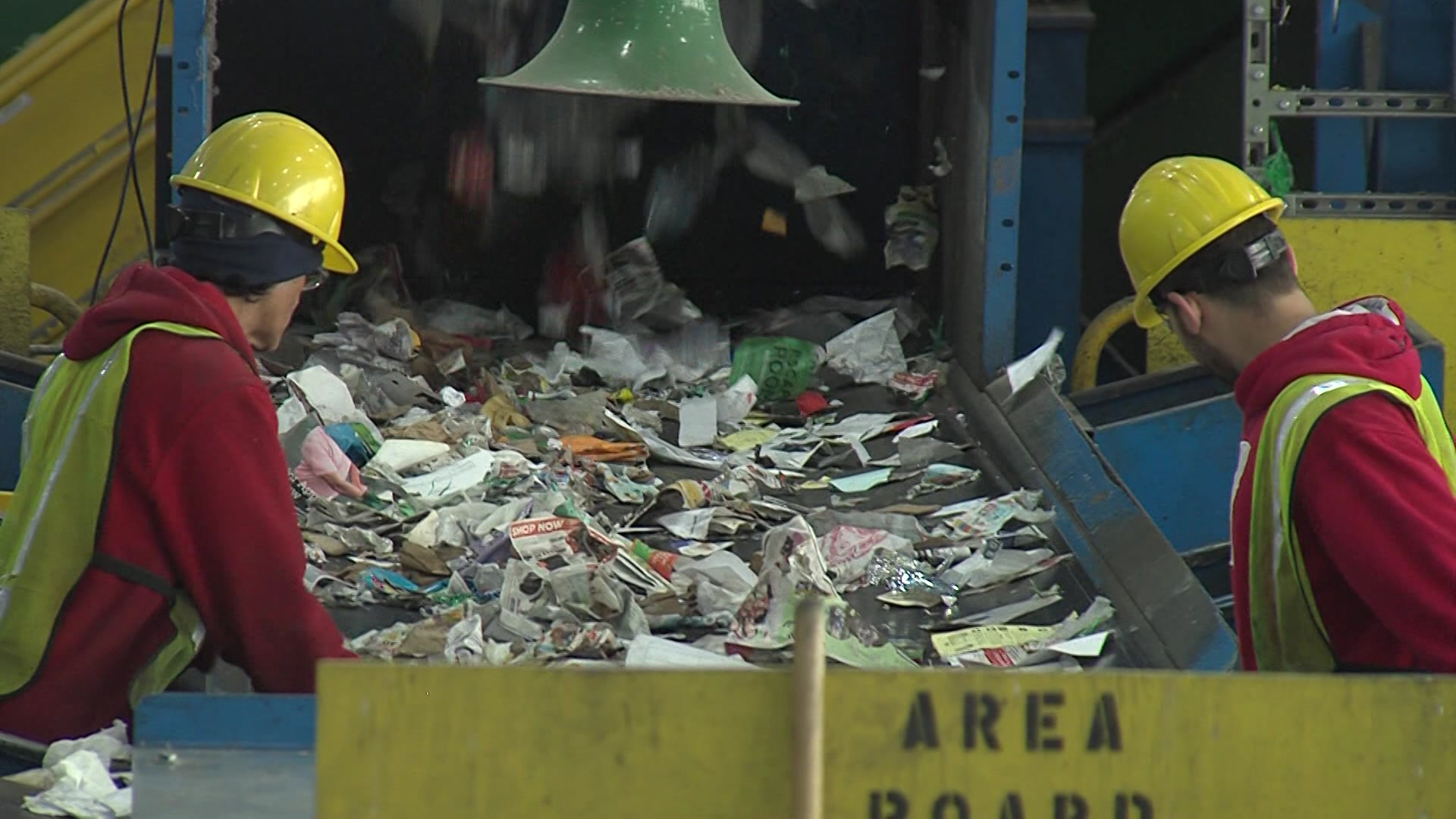 Neal O'Reilly a Conservation and Environmental Science Professor at UW-Milwaukee said, "China, who has been accepting about 40% of our recycled materials has closed the door."

But in Milwaukee and Waukesha what's going in your bin is not being thrown out. "That's not happening," said Smith.

The biggest impact from China's law is on the coastal areas which used to ship most of their recycling to Asia. Back here in Wisconsin, once the recycling is bundled it gets put into semis and sent all over the region and U.S. to be made into new products.

Glass and most of the paper stay local. Glass goes to a separate glass sorting facility in Delavan and paper goes to paper mills in northern Wisconsin. Aluminum cans go to either Indiana, Alabama, Maryland, Kentucky or South Carolina and plastics, depending on their type, go to Georgia, North Carolina, Ohio, Indiana, Michigan, Alabama or Illinois.

The problem now is that coastal areas are competing to use the same companies we do in the Midwest driving prices down, so we need to make a cleaner and better-sorted product at home.

"People began to think that well I'm just going to put it in the cart and they'll figure out how to recycle it," said Smith.

Experts call that 'wish cycling' and say it can cost recycling facilities extra money, "You're sending it to the recycling center, having them sort it and put it in the garbage at three or four times the cost," said O'Reilly.

That extra cost could result in an increase in local taxes. 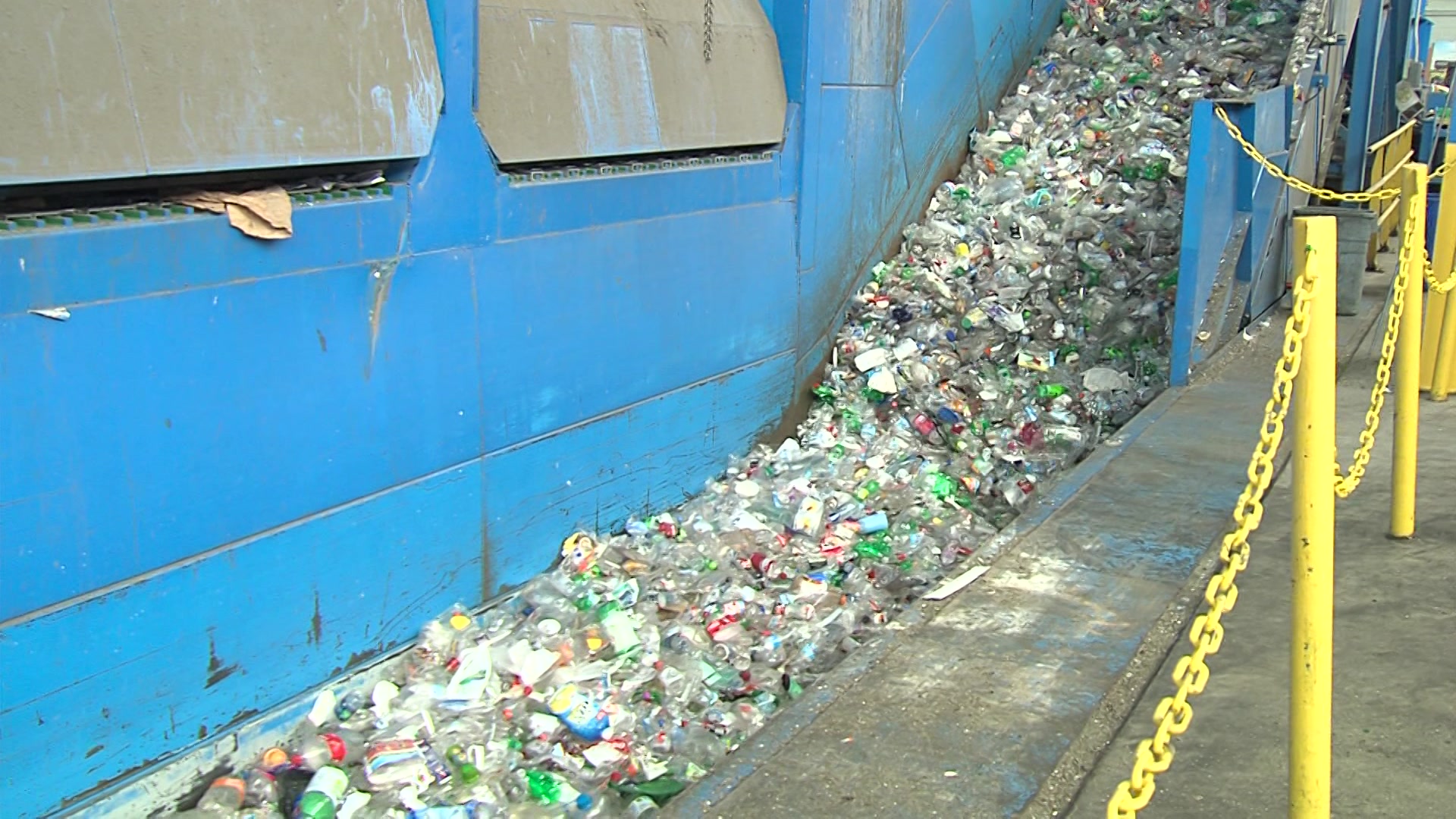 “We need everybody to make sure they’re educated on what they can put in their cart and do their best to follow those rules,” said Smith.

And in addition to putting the proper items in the recycling bin, anything that goes in the cart needs to be completely clean, "If they see any food left in the container it becomes garbage," said O'Reilly.

If you are unsure if something can be put in the recycling bin, officials say they would prefer people throw that in the garbage.

Currently, the majority of recycling centers in southeast Wisconsin recycle any aluminum, glass, metal cans, paper and plastics numbered 1, 2, 4, or 5 near the bottom of the container. Plastic bags can cost recycling facilities over $400,000 a year to remove and should never be put in the recycling bin. That also includes bagging your recycling - experts say don't do it. All recyclables should be placed loose into the bin. Most stores that use plastic bags will recycle them as well.

For information on recycling in the City of Milwaukee or Waukesha County, click here.

If your community uses Waste Management to pick up recycling, click here for information on what you can recycle.