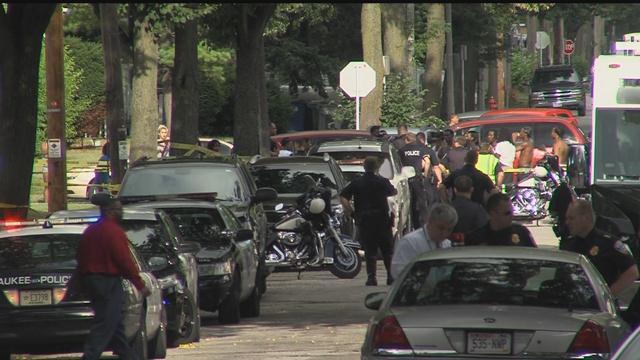 Waiting that long, he said, was one cause of the unrest in the Sherman Park neighborhood.

"Meanwhile we've got a dead guy and his friends gradually gathering and getting angrier, and we can't move the body," he said.

A solution is the new Milwaukee County Investigative Team, made up of detectives from local jurisdictions who can respond faster to local critical incidents.

The agency of the officer involved in the shooting can't investigate that shooting to eliminate bias.

Former Milwaukee police officers who now work for the Department of Justice are investigating the death of Smith, but it's not against the law.

"Sylville was a good kid a good dad," said his mother Mildred Haynes. "I don't know what's going on. I need justice and I want justice for my son."

The law was signed a week before the 2014 shooting death of Dontre Hamilton and only requires an independent agency to investigate.

But some say it's not fair to have investigators from the same department on these cases.

Flynn hopes this new protocol is a step in the right direction.

"We've got to go where the facts lead us and we've got to depend on the integrity and ethics of the folks that are doing it," he said.

The Milwaukee County Investigative Team is ready to go when its called upon. Meanwhile, the DOJ is aware of the plan and is ready to assist MPD on future investigations if requested.

There are two open police shootings in Milwaukee County.

Jay Anderson was shot and killed by a Wauwatosa officer in Madison Park on June 23. Milwaukee police was the outside agency investigating that shooting.

The case of Smith, who was shot dead by a Milwaukee police officer on August 13th, has been turned over to the DOJ who finished it's investigation earlier this month.

The district attorney is reviewing both cases.