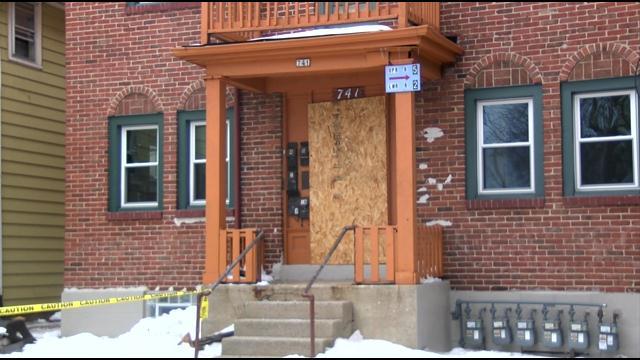 A partnership between the city, county, Journey House and Project O-YEAH will be providing homeless young adults with a place to live.

Its all thanks to a new program called Campus Housing Initiative.

The first house will be offered to six young people who are homeless at the end of March. The home is located on 741 S. 23rd Street.

It's a foreclosed home. Campus Housing received a $200,000 grant to help renovate the house.

\"We could take these foreclosed properties that are a nuisance and causing issues in the neighborhood and match it with our young people who are trying to do something with their lives,\" said Dr. Michele Bria. Bria is the CEO of Journey House.

She helped spearhead the Campus Housing Initiative. The program would help young adults who are homeless or will become homeless after aging out of foster care.

\"They want to continue their education but they have no home, so what they wind up doing is called couch-surfing,\" said Dr. Bria.

To prevent that, the Campus Housing Initiative is renovating the  home into six small apartments intended for people between 18 and 25 years old.

\"If a young person would be moving into university housing, its modeled after that. These are motivated young people who are trying to do something with their lives,\" said Dr. Bria.

They would have to pay for their stay, but it would be based on their income.

\"With a structured rent plan, we are allowing individuals to put money away and have money in the bank to support themselves,\"said Brian McBride a project coordinator for Project O-YEAH, a project that helps at-risk teens.

They could live in the Campus Housing Initiative for 18 months,but again, the idea is to help young people achieve their goals of independence.

\"We would never set somebody up to fail.\" said McBride.

They are hoping to expand by the end of the year.

They have a few people in mind to move into the first home. They are young adults who are associated with the O-YEAH program.