New e-cigarette popular among kids, easy to conceal from parents 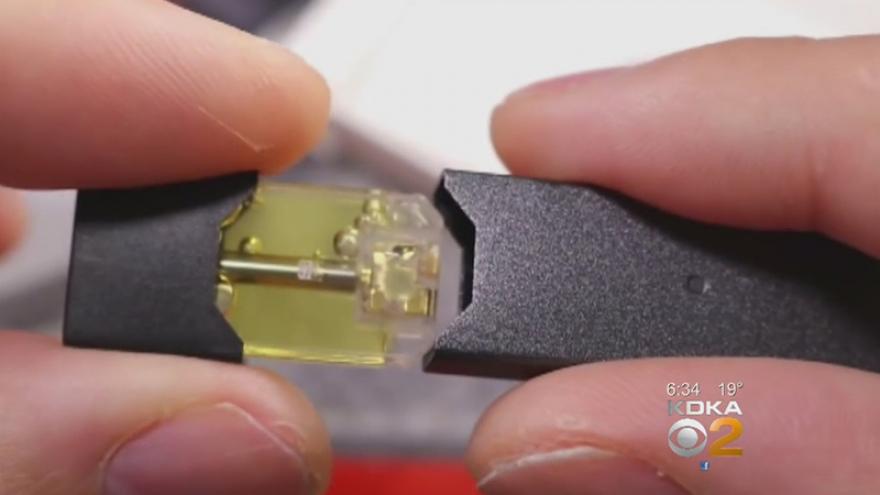 AVONWORTH (KDKA) — It’s called a JUUL, a new way of smoking that’s becoming a problem at schools across the country.

Take the Avonworth School District where smoking has never been a big issue before.

“This year we’ve had quite a bit of a change,” says Dr. Tom Ralston, Avonworth’s superintendent.

Ralston says administrators, teachers, and students themselves are seeing an upsurge in this particular kind of e-cigarette that can easily fool parents and others by its sleek and unusual shape.

The typical e-cigarette is quite different in size and is easy to find all around town.

But the JUUL is very different.

It’s almost like a thumb drive, part of your computer and it’s very concealable.

“And quite honestly, I think they’re a lot of our parents that aren’t aware that their children may have these as well.”

Locally, the JUUL can be purchased at many GetGo’s, Sheetz, and some vape shops, but purchasers must be 18 years or older at least if bought in person and not online.

At Glassworx on the South Side, Dominick Greco says the JUUL is very popular, especially among the young.

“For the most part, it’s back ordered, so yeah it’s very difficult to keep on the shelves,” notes Greco.

But from a public health standpoint, the JUUL can pose more risks for users because of a higher concentration of nicotine.

“It’s definitely going to be three to five times more as far as other nicotine levels that exist,” says Greco.

JUUL insists that — despite its popularity among the young on social media — it opposes the sale and use of its product by minors.

But schools are on alert.