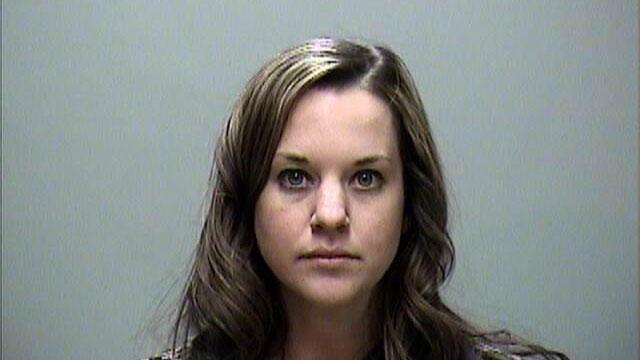 New Details have been released in the investigation of the former New Berlin West High School teacher charged with sexually assaulting a student.

According to the police report, the teenager told police he had been having a sexual relationship with the teacher since he was 16 years-old.  A series of notes were exchanged between him and Sara Domres, and the teenager kept the notes.

On one post it note there was an exchange during class. It read:  “We will have to plan something soon. I want a night again. Xoxo.” “Yes! Definitely soon. I really want another night with you too baby boo!” “I want to do you (smiley face symbol) NOW!!”

According to the report, the teenager was a virgin before their sexual relationship, and Domres allegedly knew.

He said there might be inappropriate photos on her cell phone, but that these were likely “selfies” of her face.

The night the two allegedly stayed at Motel 6 there was another exchange of text messages. The student told police that prior to her getting married she allegedly asked him if she should marry him.

“You’re extremely attractive to me!!! I can’t wait for our night we are doing it no matter what!!!” “I love you too! (heart emoji)” “Oh ok. Well just call or text when you’re near.”

According to the report, one of the times they allegedly met to have sexual intercourse at the Motel 6 was the night of her husband's bachelor party.

On one occasion they were having sexual intercourse in the parking lot of New Berlin Ale House, and her new husband found them. There was a verbal confrontation.  He, also, told police he left school during flex period to have sexual intercourse.

Domres denied the allegations to the police. She said she went to parks with him but only hugged him.

Allegedly Domres sent selfies to the teenager while she was on her honeymoon.

According to the report, when Domres was taken to the police station for questioning she called her husband twice. The second time she left a message she was at the New Berlin Police Department and needed an attorney.

Stay tuned to CBS 58 for more information throughout the day.