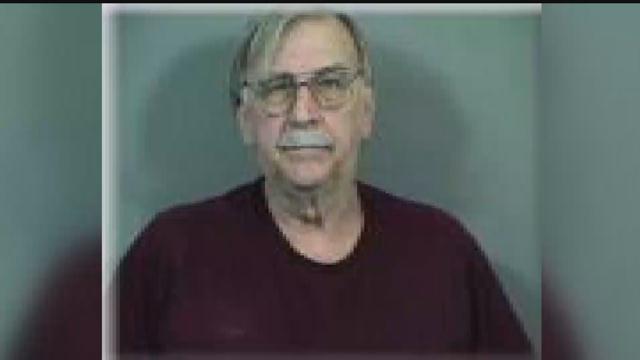 Waukesha Police say at the end of January, 73-year-old James Swanson, a former assistant Fire Chief with the Middle Inlet Fire Department in Marinette County used social media to contact a profile of a 15-year-old girl, controlled by an undercover police officer.

Sgt. Gerald Habanek with Waukesha PD says over the course of a couple of weeks Swanson and the profile exchanged messages.

Swanson, who owns his own photography company, allegedly sent pictures to the 15-year-old profile stating he took all kinds of photographs including nudes. He even asked the undercover profile if she had ever taken any nude selfie's.

On February 14, Swanson contacted the profile again saying he would be in the area for work the next day and they should meet up.

"We said why are we meeting with you and he said well I'd like to bring you a sex toy and I'd like to photograph you using it," said Sgt. Habanek

When Swanson arrived at the meeting location he was arrested.

“He was found with a digital camera a sex toy and his cell phone he had purchased to speak directly with this 15-year-old profile," said Sgt. Habanek.

Police served a search warrant at Swanson’s home in Crivitz on Thursday. They are still combing through evidence but believe more victims are out there. If you have any information you are urged to call Waukesha Police.