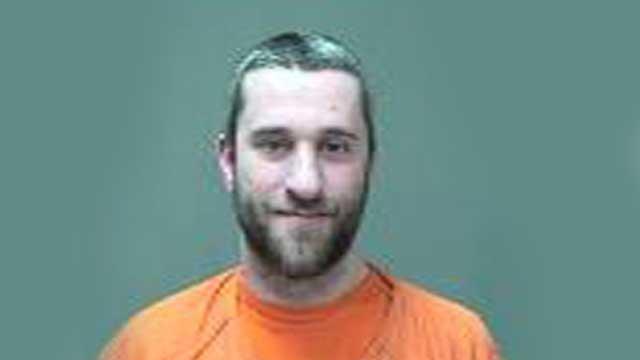 A former television star is in trouble after he was arrested for allegedly stabbing a man at a Port Washington bar.

A source tells CBS 58 that 37-year-old Dustin Diamond, known for playing \"Screech\" on the teen comedy series Saved By The Bell, was taken to Ozaukee County Jail on Christmas Night and is charged with of possession of a switchblade, second-degree recklessly endangering safety, and carrying a concealed weapon.

Port Washington police were called to the Grand Avenue Saloon for reports of a stabbing. Investigators say Diamond, who lives in Port Washington, was involved in an altercation and stabbed another man and left the scene with his girlfriend, 27-year-old Amanda Schutz. Police caught up to the duo and both were taken into custody. The alleged weapon, moist with blood, was also found in the SUV. Schutz faces charges of disorderly conduct.

Witnesses told police that they saw Diamond with a knife and it appeared the couple was becoming annoyed with patrons constantly asking for pictures before the scuffle.

According to a criminal complaint, Diamond and Schutz were at the Grand Avenue Saloon when another woman began antagonizing them, making rude remarks and playing games with them. Schutz admitted to pushing the woman and the woman punched Schutz in return. Schutz says the woman's male friend attempted to break up the scuffle and afterwards, she and Diamond left the scene.

Diamond told investigators that the woman Schutz fought with and others were \"looking to cause problems\" with them. Diamond said the woman later came up to him to shake hands, but he declined the offer. The woman's male friend approached Diamond to confront him about denying the woman a handshake. Diamond said he went to close his bar tab to avoid trouble when he saw Schutz bleeding and being held by the hair by two men.

Diamond referred to the switchblade as the pen he used to sign his credit card receipt when talking to investigators about the incident, but slipped up several times during the conversation and referred to the weapon as a knife. He said the stabbing was not intentional and he pulled out the knife as a threat to get the men to let Schutz go.

A bartender saw Diamond holding a knife near the front door. When Diamond asked to get his coat, the bartender told him no and asked him to put his knife down. That's when Diamond and Schutz left and drove away.

The victim was stabbed under his right armpit. He was treated at a local hospital and released.

Diamond is being held on $10,000 cash bail and a judge ordered him to stay away from taverns and bars. His next court date is December 29.