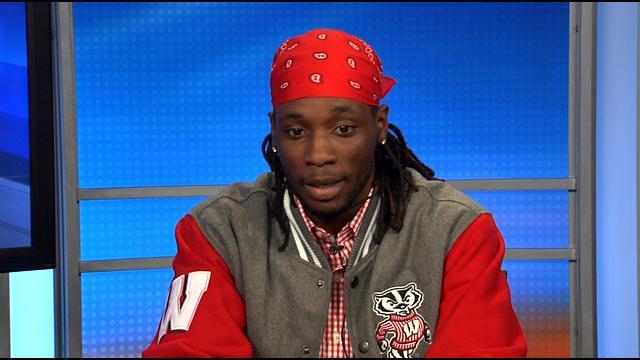 Madison born and raised rap artist Pooh G. is out with a new song to represent Badgers faithful in the NCAA tournament.

It's called \"Bucky Badger\" and Pooh G. was a live guest on the CBS 58 News at 4 on Monday in the hours leading up to the big game against Duke.

\"Bucky came to me in a dream,\" explained Pooh. \"He said 'yo' you and I should definitely do a song together.\"

The reaction has been extremely positive. Athletic Director Barry Alvarez makes a cameo appearance in Pooh's \"I'm With Bucky\" video on youtube.

Pooh says the success of the team means everything to natives who enjoy the sense of community but also fun of the college town.

He hopes his song will get across that vibe to music fans everywhere.