New Arena a Possibility in Racine 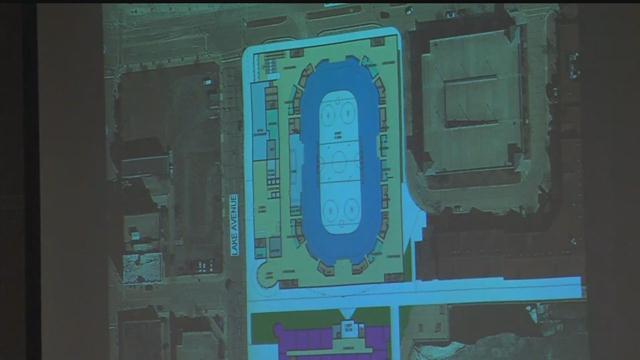 Sheboygan, La Crosse and Madison are all among cities that have voiced interest in being the home to the Milwaukee Bucks proposed developmental league team. You can now throw Racine in the mix too.

Tuesday night city officials met with the community to discuss the possibility of building a brand new arena to house the team.

The new facility would be located on a plot on the corner of Gaslight and Lake Drive which is now an empty lot. And while the mayor did meet with Bucks officials this week he says the facility is about so much more than just basketball.

"It's not just Racine, it's Caledonia, Sturtevant, Mount Pleasant; everyone is going to benefit," said Joey Lagat.

At Tuesday night's meeting excitement was buzzing from the community.

The proposed arena hotel project which would hold about 3500 people could not only house developmental teams from the Milwaukee Bucks and Minnesota Wild, but also conventions, rodeos and smaller scale musical acts. Something that's very attractive to local business owners like Anthony Porcaro.

"It excites me to think of the possibility of 3,000 people coming to downtown Racine," said Porcaro.

The city already owns the land so the cost of the hotel-arena project would be about $40-$45 million dollars.

The hotel would be privately funded but as for the arena, Mayor Dickert says the city of Racine would cover two thirds of the project; the rest coming from the county: about $15 million.

Something that causes concern for some county supervisors who think it might do better in a different location.

"When you're talking about building something like this...the center of activity in Racine is...around the interstate," said one of the supervisors.

However, others say-this is the opportunity of a lifetime and with Racine's struggles with unemployment, it's hard to dismiss the amount of jobs that would be headed to the county.

"We need to enhance and grow where opportunities are all throughout the 333 square miles and 17 municipalities. We need to work together to get this done," said another supervisor.

With or without the Bucks team, the facility could generate about $400 million over the next 30 years. But Dickert says, he'd like to act fast to secure those teams.

County leaders will be meeting within the next few weeks to discuss specifics.