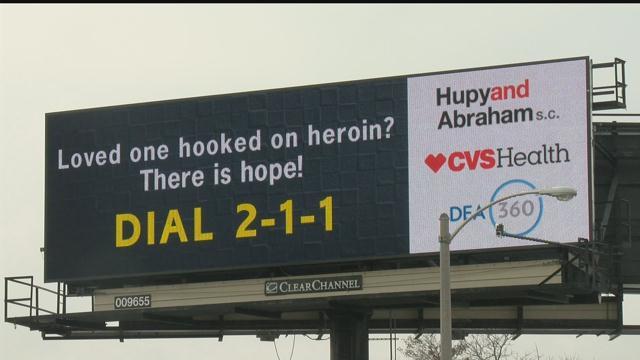 They're billboards with a potentially life-saving message. A public awareness campaign addressing the misuse of prescription painkillers and dangers of heroin was launched Tuesday morning.

The drug enforcement administration, CVS Stores and the Hupy and Abraham Law Firm are behind the 8-week billboard campaign that aims to reduce the risk of addiction and save lives.

"This initiative offers hope, hope that we can prevent misuse of these substances and hope for those in the grips of dependence as well as hope for those for their families with guidance to treatment," said Robert Bell the DEA Assistant Special Agent in Charge.

The Milwaukee County Medical Examiner says 2016 is on pace to significantly eclipse the 231 heroin and opiate overdose deaths recorded in 2015.