Never mind new naming rights, how about no US Cellular Arena at all? 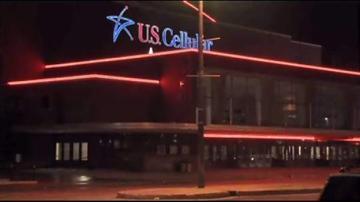 MILWAUKEE-US Cellular Arena will be getting a new name and a face lift with a price tag of almost $3 million.

Murphy told CBS 58 News Friday night \"It could be taken down, and people would say 'You just dropped $3million on this?' I think they would have every right to be angry.\"

Murphy says that with the Bucks looking for a new arena, the cellular arena and Milwaukee Theater  could be a possible location.

\"It's just talk that's not well thought out.\" responded Frank Gimbel of the Wisconsin Center District.

\"I believe the building will continue to operate many years into the future,\" Gimbel added.

\"If that's even within the realm of possibility, let's take a breath and hold back.\"