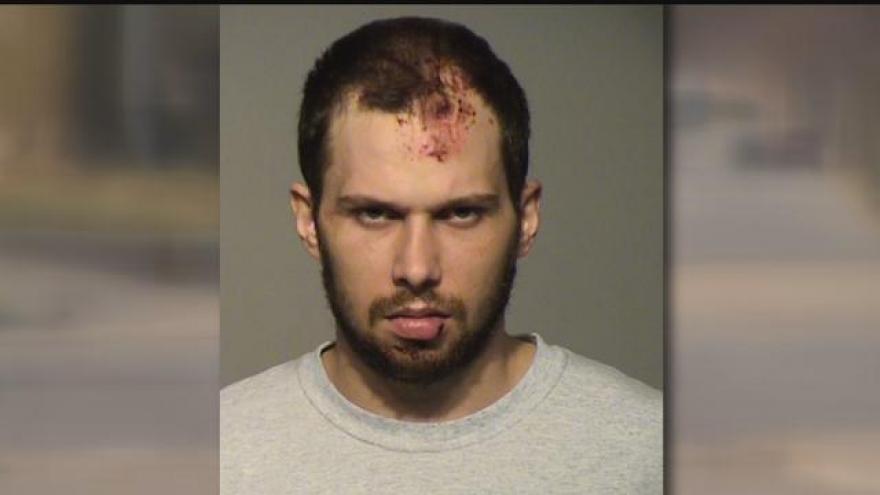 A violent overnight crash at 98th and Greenfield last Thursday, woke David Beverly and his wife out of their sleep inside their nearby home.

"It was a terrible scene though," he said.

West Allis police said Thomas Jorgensen was killed when the driver of an SUV crashed into him.

"Just not a care in the world," Beverly said. "Cared for himself more than anything.

He said Corkey Joe Mayer, 27, of East Troy, first tried to drive away from the scene. Realizing he was stuck, the suspect then ran into the neighborhood.

Officers searched, but couldn't find him. Until Beverly's wife, who was watching from their back porch, saw Mayer sneaking around their neighbor's garage.

"She hollered, 'he's over here' and they came running over, apprehended him," Beverly said. "He was bleeding from the face. His head went into the windshield and you could see where he had hit it."

According to the criminal complaint, Mayer smelled liked alcohol. An officer even had to taze him several times for fighting with paramedics and police in the ambulance.

Mayer got stitches for a cut on this lip.

Investigators said the 23-year-old passenger he left lying on the ground lost some teeth and had surgery to save her legs.

"A couple of other neighbors tried to help her out of the car, comfort her," he said.

Records show Mayer shouldn't have been driving in the first place. His license was revoked over a year ago and has since been convicted twice for driving without one.

He faces nearly 50 years in prison if convicted on the four felony charges against him in this case.