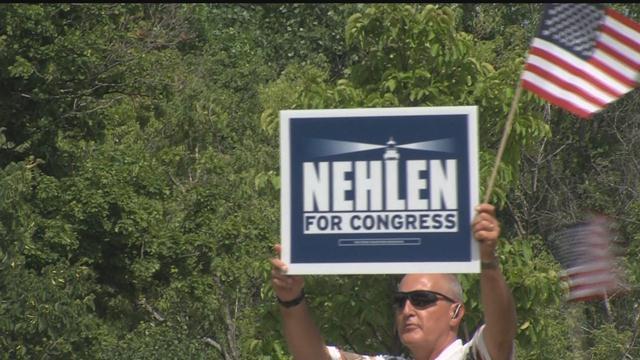 Paul Nehlen's supporters got a little too close to a polling place in Racine County this morning.

"An individual showed up here at village hall, 8811 campus drive with some political signage for electioneering, said an officer.

That officer in Mount Pleasant told the man with the signs that he had to keep his distance from the entrance to the poll and he said the man cooperated.

CBS 58 caught up with a Nehlen volunteer who's worked in other states.

She said there were about 20 Nehlen backers who were told at several polling places to stay back.

"I've worked several polling places and never, ever have I had responses like that.  It just makes you think there's a conspiracy against Nehlen.  They just want Ryan in, they don't want anyone else.  They don't even want to give anyone else a chance,” said an officer.

State law  says you can't post or distribute any election within 100 feet of an entrance to a building that contains a polling place.