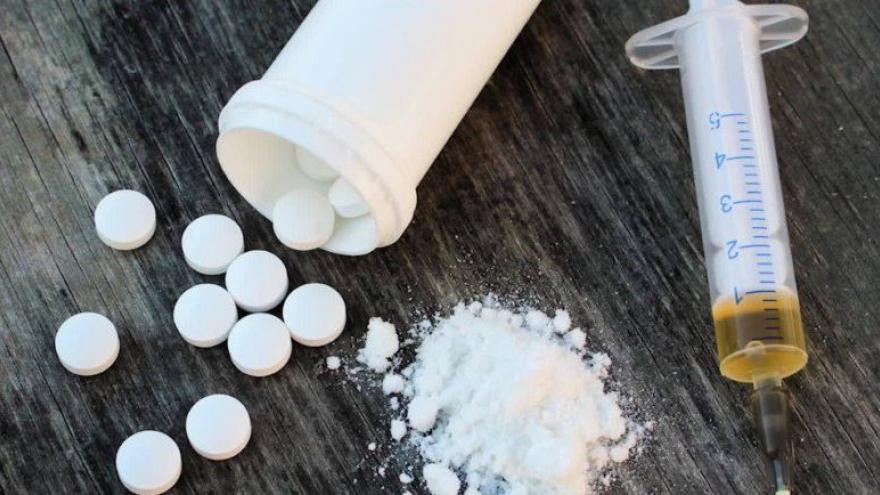 (CNN) -- The Nebraska State Patrol seized nearly 120 pounds of the drug fentanyl -- enough to kill about 26 million people, according to estimates by the US Drug Enforcement Administration.

Authorities seized 118 pounds of fentanyl during a routine traffic stop April 26 on Interstate 80 near Kearney. Troopers became suspicious of a semi-truck driving on the shoulder lane, searched the vehicle and found drugs in a hidden compartment, according to Nebraska State Patrol Col. John Bolduc.

At first, troopers believed they had found mostly cocaine, but further testing showed it was all fentanyl.

Troopers did not immediately test the drugs due to the "dangerous nature of the substance," the Nebraska State Patrol said.

The drug can be a threat to anyone who comes into contact with it as it can be absorbed through the skin or accidentally inhaled.

The driver of the truck, Felipe Genao-Minaya, 46, and passenger, Nelson Nunez, 52, both of New Jersey, were arrested on suspicion of possession of a controlled substance with intent to deliver, the agency said.

The value of the drugs is estimated at more than $20 million.

The 118 pounds seized during the bust could kill about 26 million people, according to estimates by the DEA.

A lethal dosage of 2 milligrams of fentanyl can be lethal for most people, the agency said.

Though fentanyl can be prescribed by a physician for pain relief, the vast majority of overdose cases are thought to be the result of illicit production and distribution.

Synthetic opioids such as fentanyl are the No. 1 killer in the opioid epidemic, according to a report released this month.

The report, published in the journal JAMA, found that fentanyl-related deaths more than tripled between 2010 and 2016.

"This year is going to be a banner year, a record year in a bad way, in overdose deaths in the United States," said Matthew Barden, an associate special agent with the ‎DEA.