Navy pilots under fire for inappropriate drawing in the sky 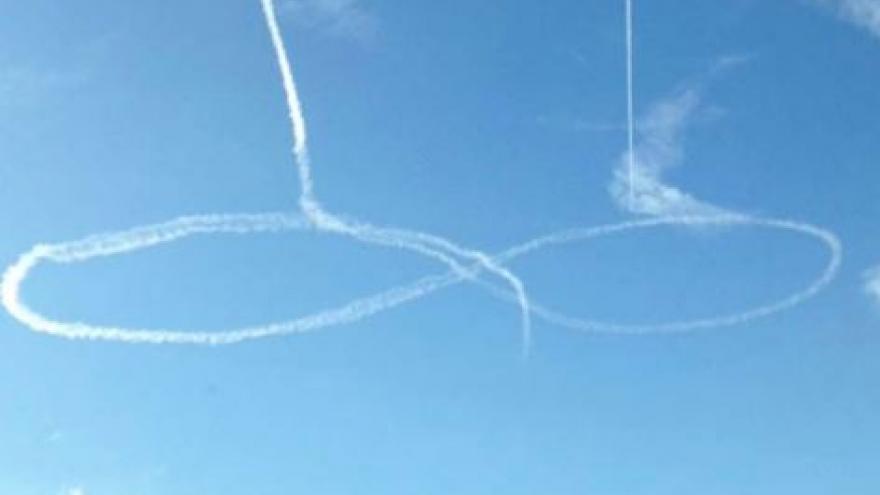 Washington (CNN) -- In case there was any doubt, the US Navy has confirmed that there is "zero training value" in drawing penises in the sky.

Navy officials were faced with an unusual controversy after residents of Okanogan County, Washington noticed a sky drawing many said looked like male genitalia on Thursday.

The most monumental thing to happen in omak. A penis in the sky pic.twitter.com/SM8k1tNYaj

One mother told news outlet KREM 2 that she was upset that she might have to explain to her young children what the images were.

"The Navy holds its aircrew to the highest standards and we find this absolutely unacceptable, of zero training value and we are holding the crew accountable," a statement from the Navy air station said.

"The actions of this aircrew were wholly unacceptable and antithetical to Navy core values. We have grounded the aircrew and are conducting a thorough investigation - and we will hold those responsible accountable for their actions," Hubbell added. "The Navy apologizes for this irresponsible and immature act."