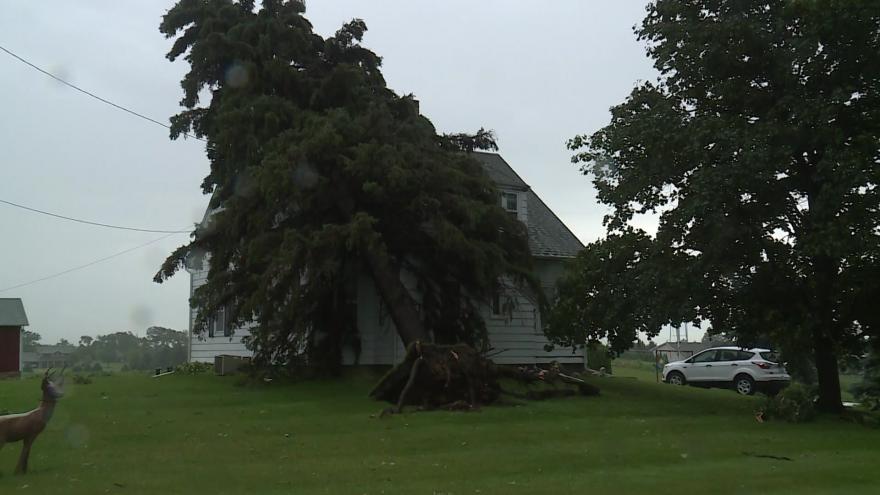 The tornadoes were followed by unrelenting rain that has caused flash flooding around the state. Fourteen Wisconsin counties had flood warnings Tuesday night.

The flooding has closed roads in many locations, including Highway 107 in Marathon County and Highway 22 in the Marquette County community of Montello.

The American Red Cross has opened a shelter at the Richland Center Community Building.